LONDON, ONT. -- Funeral directors are dealing with extensive delays during the pandemic and it's causing a capacity issue at London's morgues.

"I just received a phone call from a family whose dad died from COVID-19 yesterday," says Erin O'Neil of the O'Neil Funeral Home.

"The mom has also tested positive for COVID-19 so she can't come out to do any arrangements at the funeral home. If mom doesn't test negative soon, they may have to wait five to 10 days to have funeral services here."

It's causing a major backlog, "Our refrigerated morgue holds four people," she says.

"Let's say I have five families that want to hold on for a funeral for 10 days where am I putting all these bodies?"

Her brother Joe O'Neil says during the pandemic everything is taking longer.

"Even dealing with hospitals, I will have a death on Friday and not get paperwork from a doctor until Saturday at three or four," says Joe. "It's like a snowball going downhill."

Joe says the lockdown has caused considerable economic damage, "In the past year I’ve seen a record number of people apply for city assistance for burials."

"Part of the problem is City Hall discretionary benefits shuts down from Christmas to New Year's and none of those deaths are being processed."

It's one of the reasons for the overflow at London Health Sciences Centre (LHSC) and the need for a refrigerated mobile morgue.

"Another impact of pandemic is properly and safely moving the (deceased) through the system,” says Dr. Adam Dukelow, chief medical officer for LHSC. "We work closely with funeral homes, the coroner and the pathologist and to move people through safely and quickly to funeral homes." 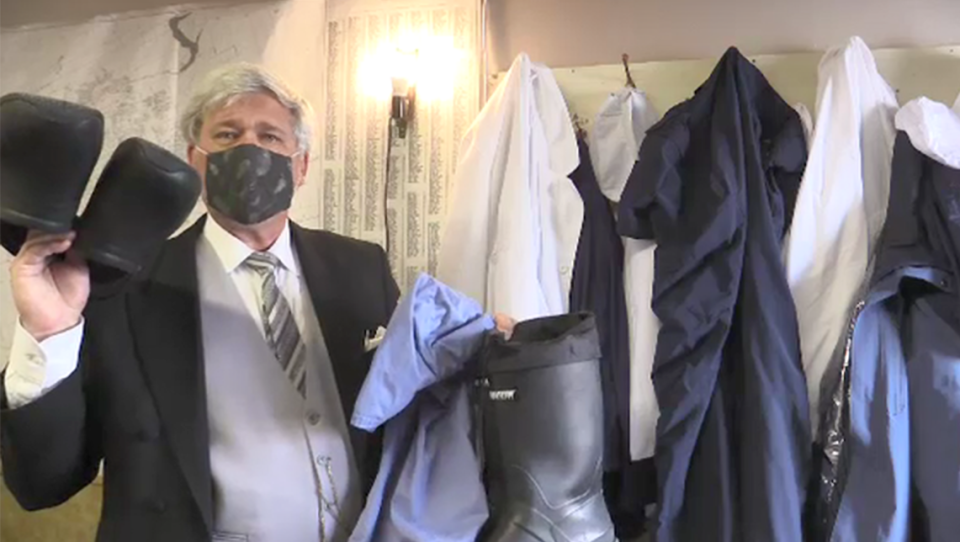 Joe says this problem existed long before COVID-19, but the pandemic has just magnified it.

"Good thing about the trailer is, it will wake people up to this disease," says Joe. "It scares the hell out of me."

He says the overflow is the result of University Hospital being the regional morgue for all of southwestern Ontario.

"Coroners' investigations of deaths in Chatham, Leamington, Lucan - they all come to London. People come from all over southwestern Ontario for treatment so we have higher number of deaths here."

Joe says the morgue capacity at Victoria Hospital does not match the size of the city of London. He adds the former hospital on South Street had a bigger morgue than the current facility at LHSC's Victoria campus.

"When SARS came along in '03-'04, many of us said back then the morgue is not going to be big enough for the next pandemic," says Joe. "Morgues in London are like roads...they build them for what's needed today with no foresight for what's needed tomorrow."

He says the functionality of London's morgues are not on par with other regional facilities like Woodstock General Hospital, which has a state-of-the-art facility.

"If we are going to be the regional centre, we should act like one,' says Joe.