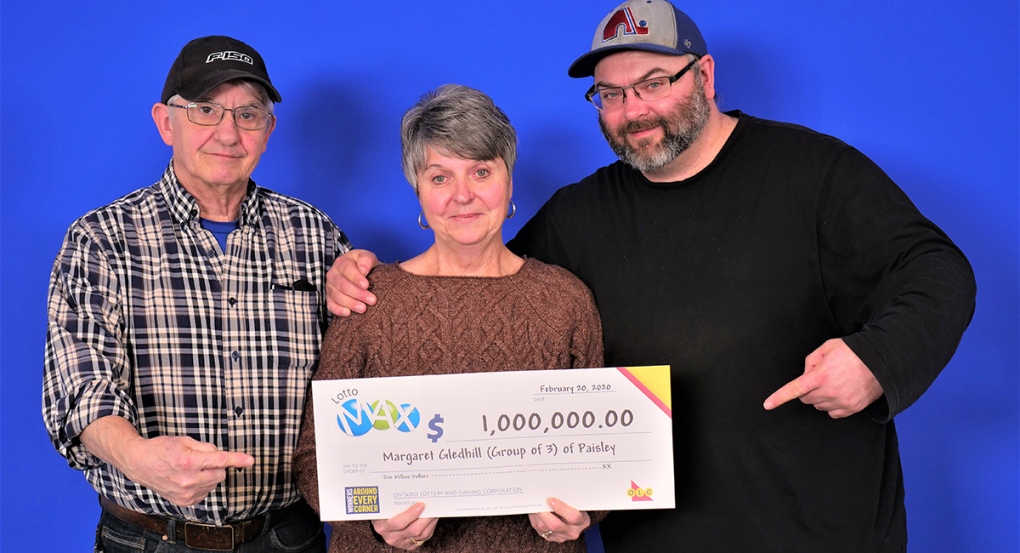 From left, Gordon, Margaret and Travis Gledhill pick up their winning lotto cheque in Toronto, Ont.

WINGHAM, ONT. -- A mother and father from Paisley, along with their son from Toronto, are millionaires.

“I called Travis right away and said, I think we won a million dollars,” Margaret told OLG officials. She discovered the win using the OLG mobile app.

Gordon, 72, who lives with his 68-year-old wife in Paisley, added, “It’s still surreal. We keep looking at each other and laughing.”

While picking up the cheque, Travis said he and his parents are pretty practical.

He plans on buying a pair of glasses with his winnings. “We will use our money wisely,” he told officials.

The million-dollar ticket was bought at the Giant Tiger on Goderich Street in Port Elgin.