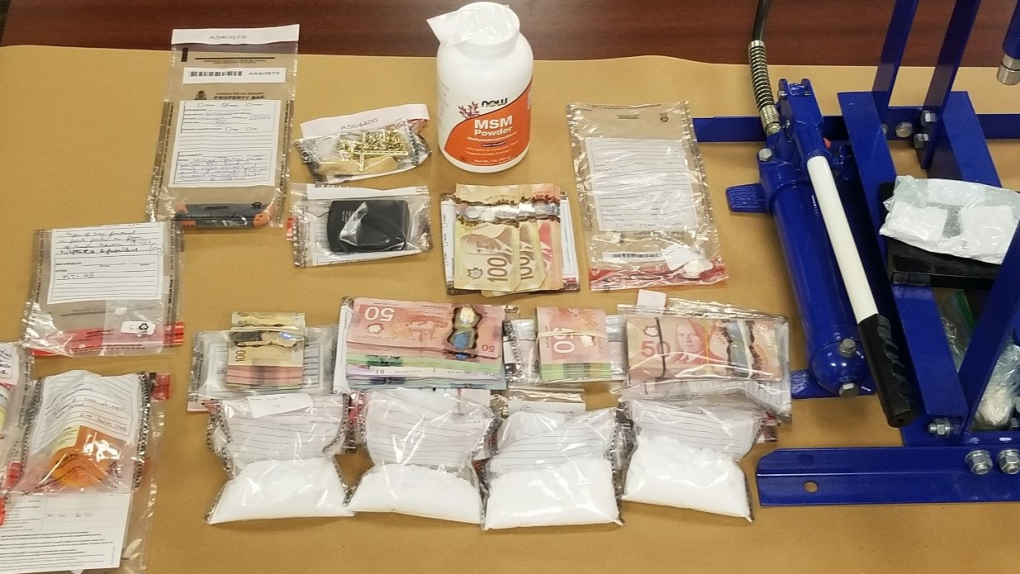 London police provided this picture of items seized during a drug bust on Friday, Jan. 3, 2020.

LONDON, ONT -- A man and woman from London are facing a combined 13 charges following a bust that netted nearly $40,000 in drugs.

London police executed a search warrant at a residence on Leeds Cross on Friday.

Police seized the following items from the home: