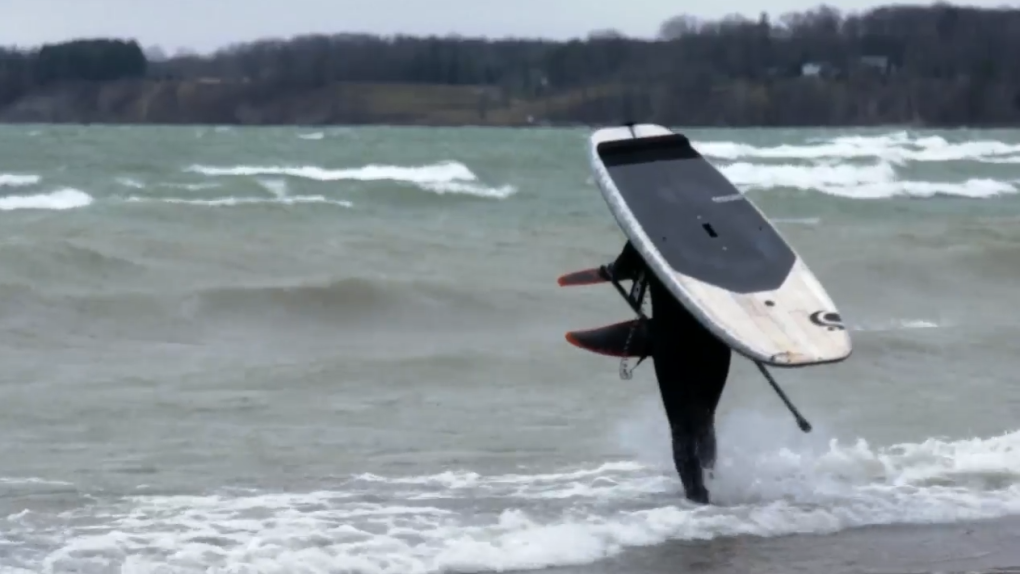 LONDON, ONT. -- In the winter the OPP were warning people to stay off the ice on the Great Lakes. Now despite the ice melting police are still having to warn people of the dangers of frigid waters.

Just because the ice is gone it doesn’t mean the water is anywhere near warm enough for leisure activities.

However, provincial police received several reports of people on the water in various ways over the weekend.

Paddle boarding and surfing were among the reports.

“You should know the water temperature in Lake Erie and Lake Huron in West Region is just 2.7 degrees! Those are dangerous temperatures if you run into trouble,” read a tweet from OPP West Region.

At those temperatures hypothermia can set it dangerously fast.