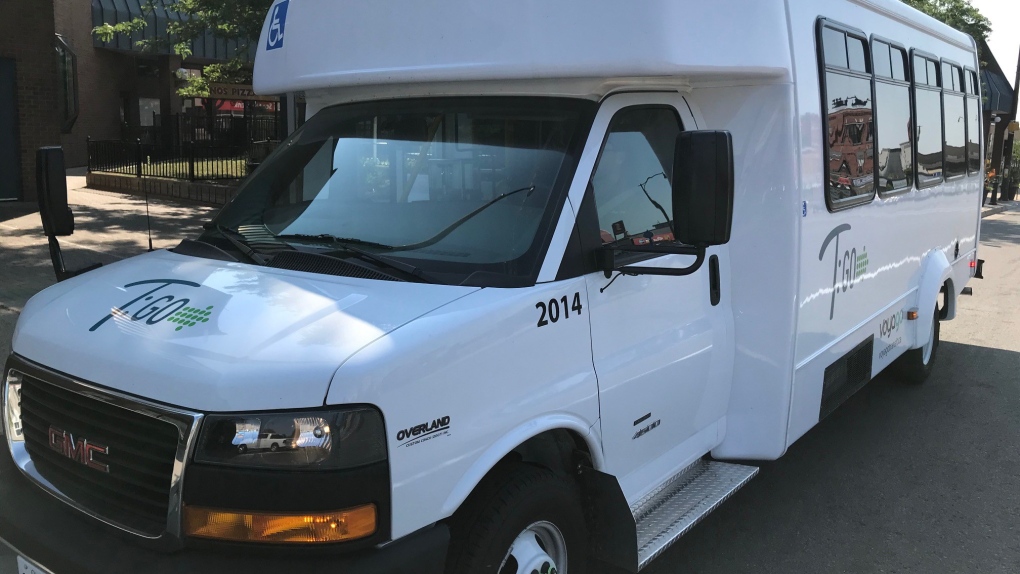 A transit bus that will be used for regional transit in Oxford County is seen in Tillsonburg, Ont. on Tuesday, July 7, 2020. (Sean Irvine / CTV News)

TILLSONBURG, ONT. -- As multiple jurisdictions continue to plan for regional bus transportation, Oxford County is about to be the first out of the gate.

While neighbouring Norfolk County has had the service for a few years, counties bordering London are all attempting to get services started.

In Oxford, the regional network connecting places including Tillsonburg, Woodstock, Port Burwell and London was to start in April.

But the COVID-19 pandemic put it on hold.

Now it is set to start Aug. 4, a date which Tillsonburg Transit Coordinator Alex Piggott says is expected to be the start of similar service from Strathroy.

Full launch details are expected a news conference later this month, but much is already known about how the Oxford system will run.

There will be four routes, with one connecting to Woodstock to Tillsonburg, and small communities in between, running five times daily.

The other routes to locations including London, Delhi and Port Burwell will operate between two and three times daily. 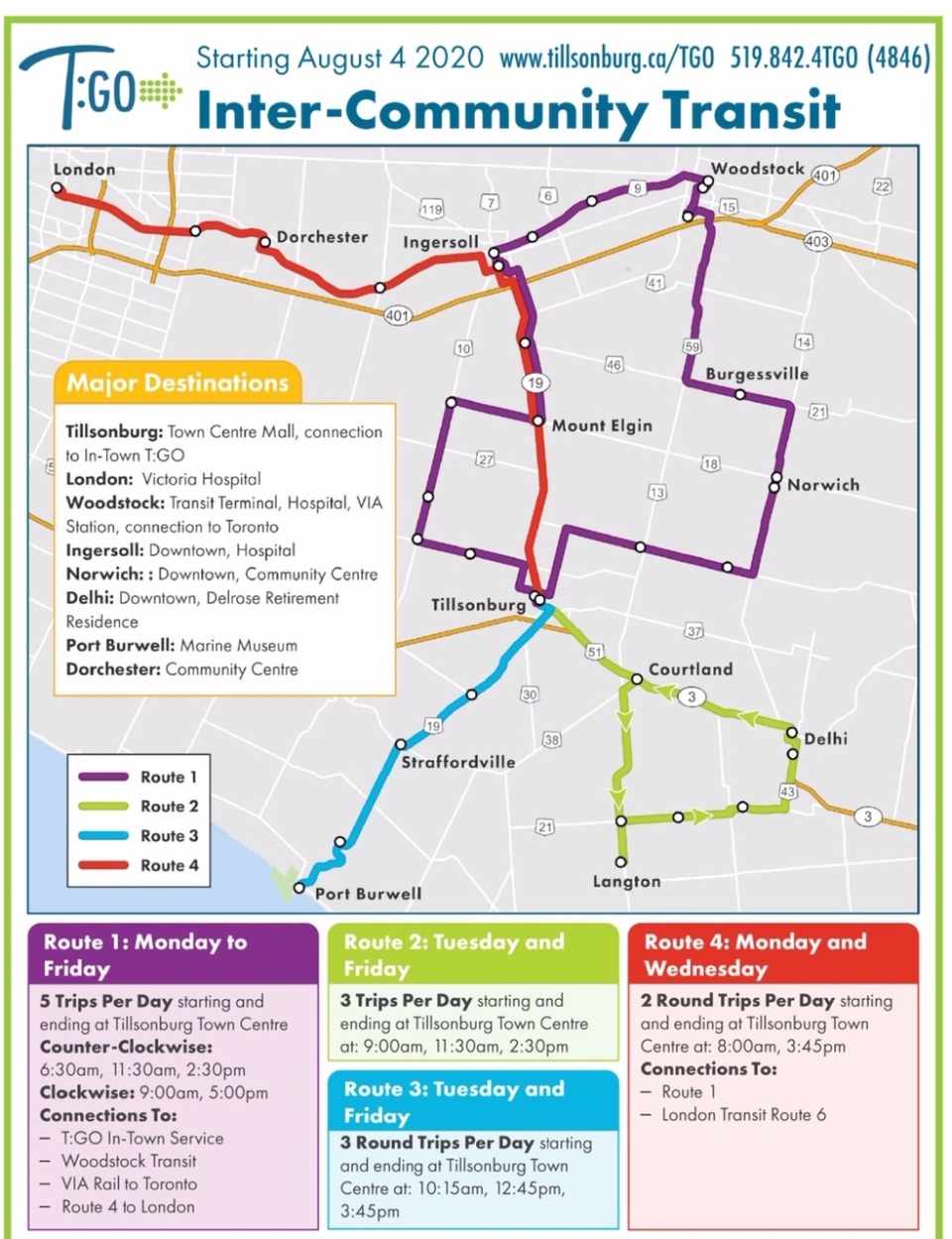 A map, provided by the Town of Tillsonburg, shows the route map for Oxford County regional transit planned at launch date Aug. 4, 2020.

It will take just two, 20-seat buses, operated by Voygo transit, to accomplish all the daily routes.

Initially, given phase two pandemic protocols, the buses will only seat half the passengers (10) to allow for distancing measures. That may change if the province moves to phrase three of reopening.

The newly purchased units also have protective screens for drivers. Passengers will be encouraged to wear a mask.

Tickets for the routes are being sold at local retailers, Piggott tells CTV News.

“Any of the local variety stores within small communities where we are having a bus stop, we will be getting bus passes available so people can make it onto the bus."

One-way rides are $10, with daily passes going for $20. Monthly passes and senior pricing are also available.