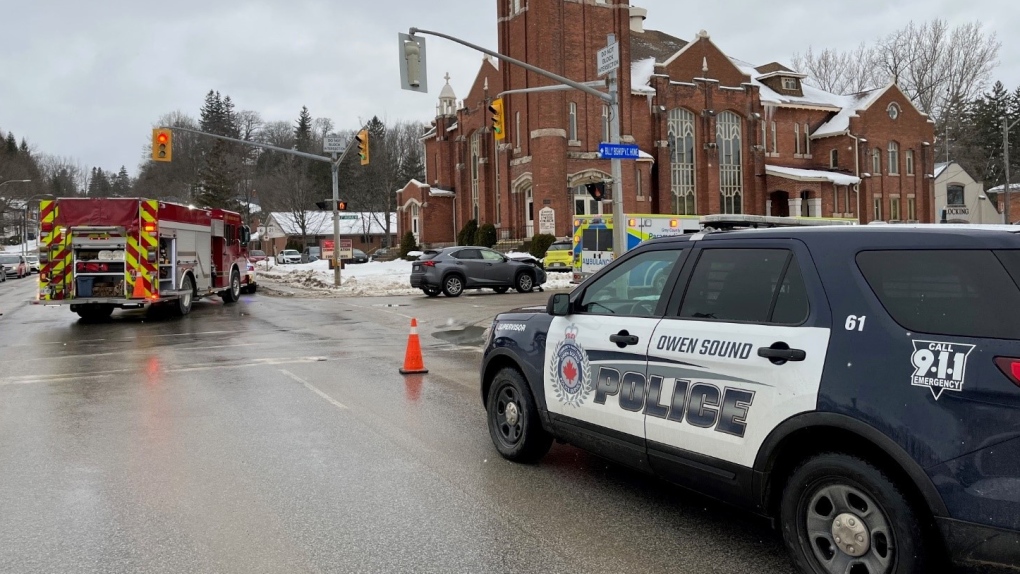 A driver in Owen Sound, Ont. has been charged after a crash sent a vehicle into a church.

Police were called to Central West Side United Church Wednesday.

Police say a Lexus SUV went through a red light while travelling on 10th Street West and slammed into another SUV.

The force of the collision sent the second SUV against the stairs of the church.

Both drivers were taken to hospitals minor injuries. Damage to the church was minor.

The driver of the Lexus was charged with failing to stop at a red light.

BREAKING | Canada's inflation rate up slightly in April to 6.8 per cent: Statistics Canada

The cost of nearly everything at the grocery store continued to climb higher to push the annual inflation rate up in April.

Prince Charles and Camilla, the Duchess of Cornwall, will attend a service at Ottawa's Ukrainian Orthodox Cathedral today as they visit the national capital.

'Please' before 'cheese': Answers to your royal etiquette questions

Canadians in the dark about how their data is collected and used, report finds

A new report says digital technology has become so widespread at such a rapid pace that Canadians have little idea what information is being collected about them or how it is used.

NATO Secretary-General Jens Stoltenberg said Wednesday that the military alliance stands ready to seize a historic moment and move quickly on allowing Finland and Sweden to join its ranks, after the two countries submitted their membership requests.