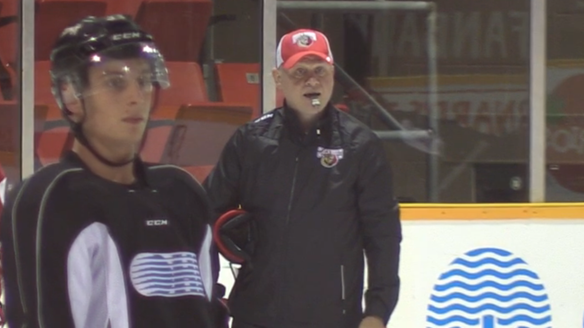 Todd Gill has been fired as head coach of the Owen Sound Attack.

The former Toronto Maple Leafs defenceman compiled a 61-42-5-7 record over the past one-and-half seasons.

With 20+ games left in the OHL season and sitting fifth in the Western Conference, GM Dale Degray decided it was time for a new voice behind the bench.

Assistant coaches Alan Letang and Jordan Hill will take over coaching duties for the remainder of the season.

Letang will interim head coach, and Hill will take over all assitant coaching duties.

Owen Sound traded away most of their veteran players two weeks ago, including leading scorers Nick Suzuki and Kevin Hancock.

Degray said, “This was a hard decision to make, but the team is heading into a new direction and with that comes changes to our leadership.”