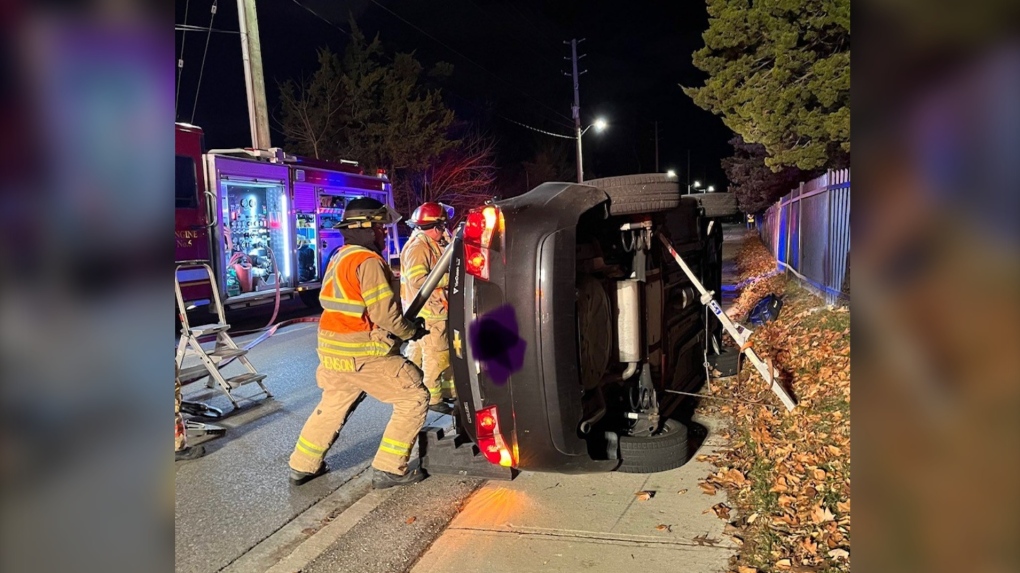 Firefighters rescued two people from their vehicle after a crash on Riverside Drive in London, Ont. in the early morning hours of Dec. 4, 2022. (Source: London Fire Department/Twitter)

Two people had to be rescued by firefighters after a car ended up on its side in central London, Ont. in the early hours of Sunday morning.

London fire officials and paramedics responded to the scene on Riverside Drive, west of Upper Avenue, in front of Mount Pleasant Cemetery.

There a small back sedan was resting on its driver's side on a sidewalk.

Firefighters had to extricate the two people inside, however it is not clear if they were injured in the crash.

Sunday morning some debris remained at the scene, and damage to a metal fence was visible.

The crash occurred on a section of Riverside which features curves and inclines.

Critics say the U.S. and Canada had ample time to shoot down a suspected Chinese spy balloon as it drifted across North America.