Over $70K in drugs, weapons seized at Ripley, Ont. home 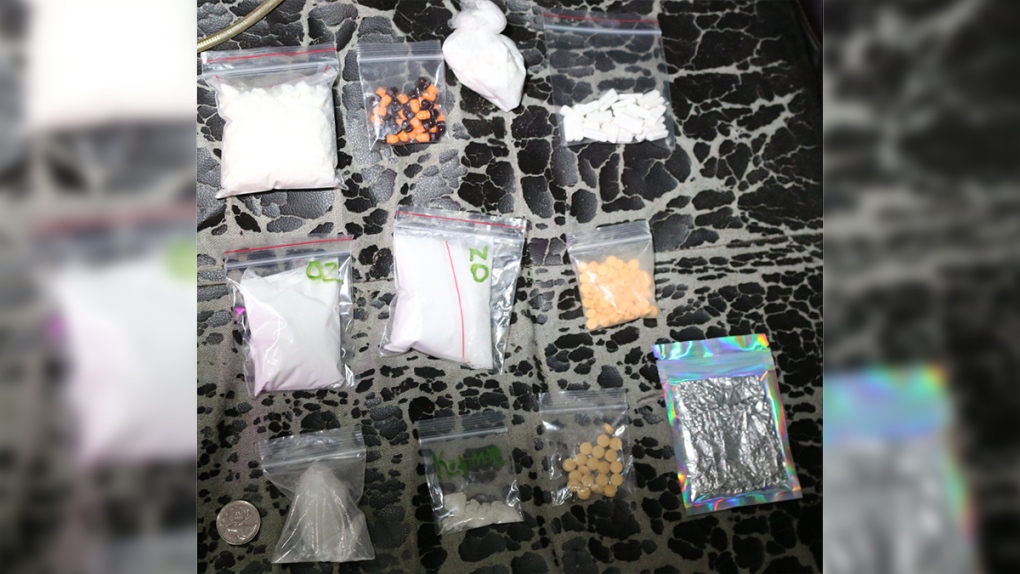 Drugs seized from a property in Ripley, Ont. are seen in this image released by police on Friday, May 8, 2020. (@OPP_WR / Twitter)

MIDDLESEX COUNTY, ONT. -- Provincial police seized about a dozen different types of drugs from a property in Ripley, Ont. on Thursday with a total value of just over $73,000.

According to South Bruce OPP, police searched a property on James Street and seized a variety of drugs including:

A 20-year-old Huron-Kinloss Township man has subsequently been charged with;

He is scheduled to answer to the charges in court in August.