Over 1,500 pigs killed in barn fire near Kincardine 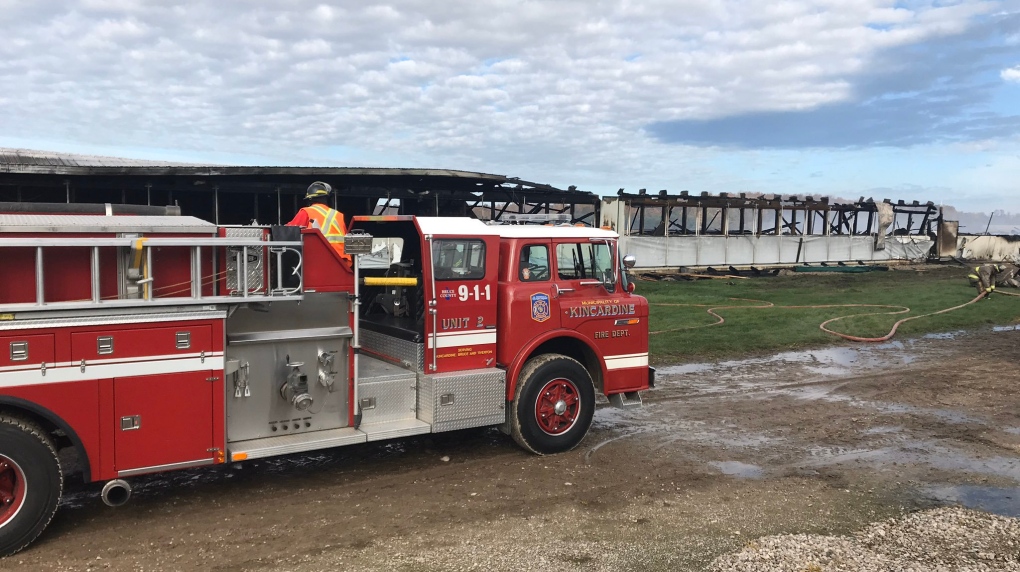 South Bruce OPP along with fire crews from Kincardine, Ripley and Tiverton were called to the scene on Highway 9 near Bruce Road 7 shortly after 11:30 p.m. Monday.

Kincardine Fire Tweeted that they continued to douse hotspots into Tuesday morning.

The barn was destroyed, with total damage and losses estimated at around $1.5 million.

The fire is not believed to be suspicious, but the Office of the Ontario Fire Marshal was called in to investigate.