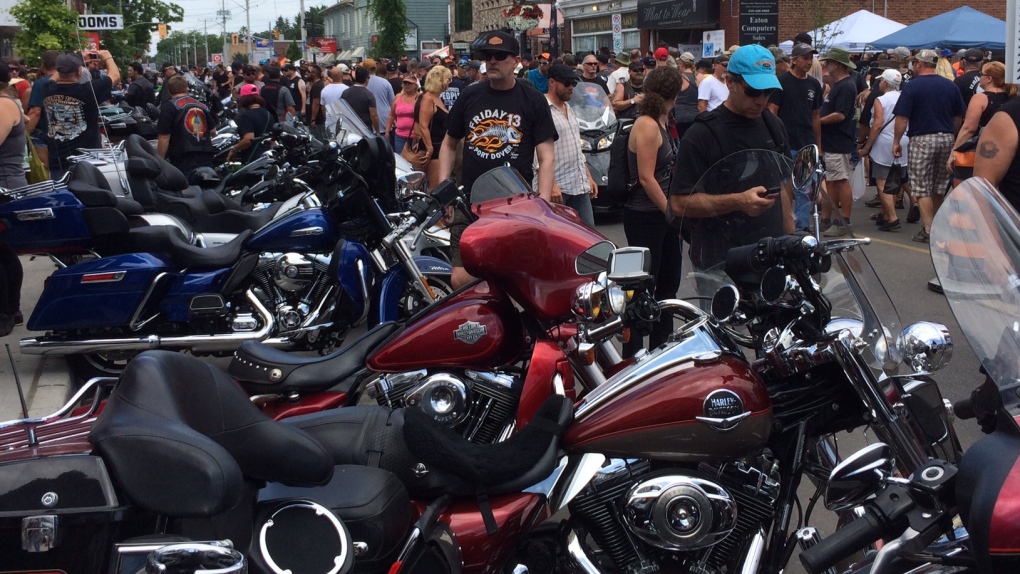 Police will be on hand in Port Dover today with the expectation of increased motorcycle traffic in Norfolk County.

Traditionally, Friday the 13th sees thousands of motorcyclists descend upon the small town. That may change depending on colder conditions, but a large presence is still a possibility.

No roadways will be closed according to police, unless an emergency arises. Norfolk County OPP are urging drivers to be extra vigilant.

Police are telling drivers to take more time, use proper signals during turns, and check blind spots and mirrors frequently. That will help prevent unnecessary collisions and increase road safety for everyone.

OPP is also reminding everyone attending this event to plan ahead if consuming intoxicating substances.

Known as “PD13” to some in the biker community, the last event in September drew an estimated 75,000 people, according to the OPP. That’s actually a low number – the event traditionally sees crowds twice as large.

The first gathering occurred in 1981, when a local motorcycle shop owner got together with friends. It has grown to be an institution for the Lake Erie beach town.