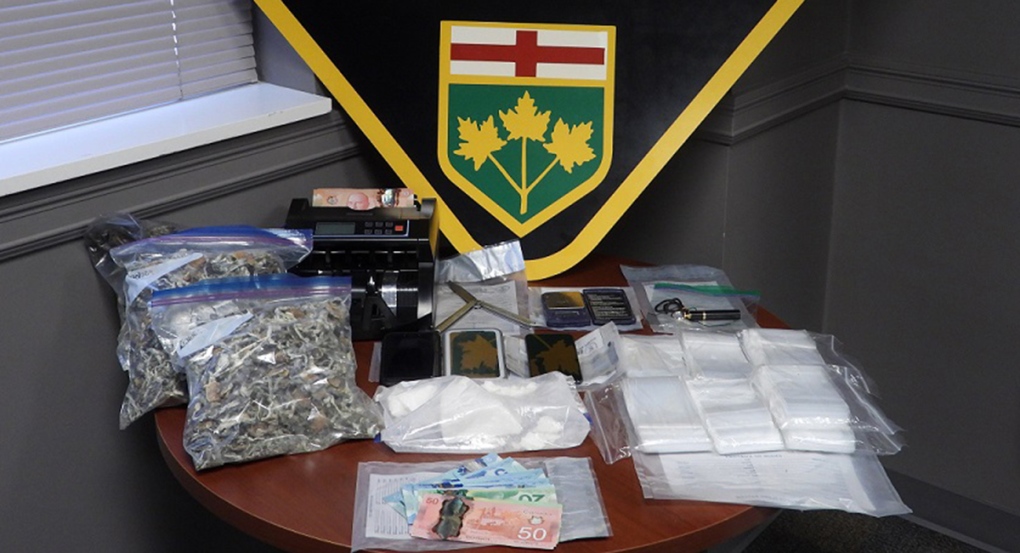 Drugs and cash seized from a residence in Plympton-Wyoming, Ont. on March 3, 2021 are seen in this image from OPP.

Police searched the residence on Wednesday following a drug trafficking investigation in the Camlachie area, just east of Sarnia.

As a result, a 42-year-old man and 38-year-old woman, both from Plympton-Wyoming, were each charged with two counts of possession for the purpose of trafficking.

Both were released with future court dates in Sarnia.