Bradley Shane Chrisjohn, 45, of the Oneida Nation of the Thames was found dead at a residence on Duff Line between Iona Road and Cowal Line just before 4 a.m. Sunday.

A Facebook profile indicates Chrisjohn was known to most by his middle name, Shane. 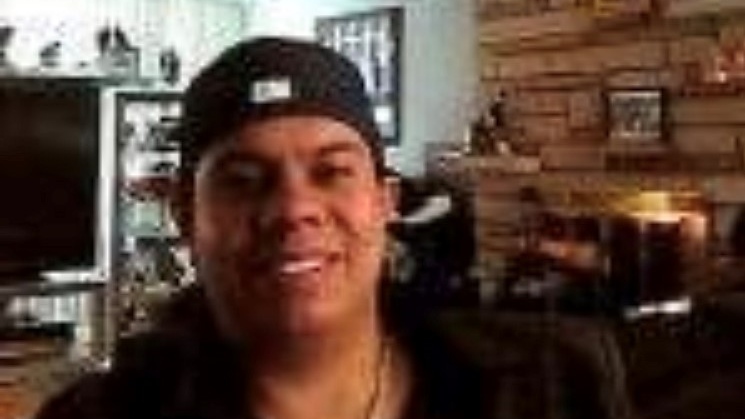 Shane (Bradley) Chrisjohn, 45, is seen in this undated photo from his Facebook page.

According to police, a second person in the home sustained non-life-threatening injuries, however the OPP did not indicate how those injuries occurred.

Police have not released a cause of death for Chrisjohn but they are now treating the case as a homicide. It had been initially deemed a sudden death investigation.

Derek Rogers, the regional media relations coordinator for the OPP, says the investigation is being conducted by members of the Elgin County OPP Crime Unit and the OPP Forensic Identification Unit, under the direction of the Criminal Investigation Branch (CIB) and assisted by the Office of the Chief Coroner.

Rogers says, even though the incident occurred Sunday, the investigation remains at the “preliminary stage.”

Although a section of Duff Line remained closed to traffic Tuesday morning, he says there is no need for additional public concern.

“Our investigation, thus far, indicates this is an isolated incident and there is no threat to public safety.”

Still, some neighbours told CTV News, off camera, they are unnerved, while other spoke of frequent new faces on the property over the past few years.

Rogers contends all avenues will be investigated as they determine what happened to Chrisjohn and the other man injured.

“We really want people to know we’re there investigating this incident, and it is tragic incident.”

Rogers would not comment on messages received by CTV News suggesting a shooting, only saying such questions would be “evidentiary information."

No charges have been laid as of Tuesday afternoon.