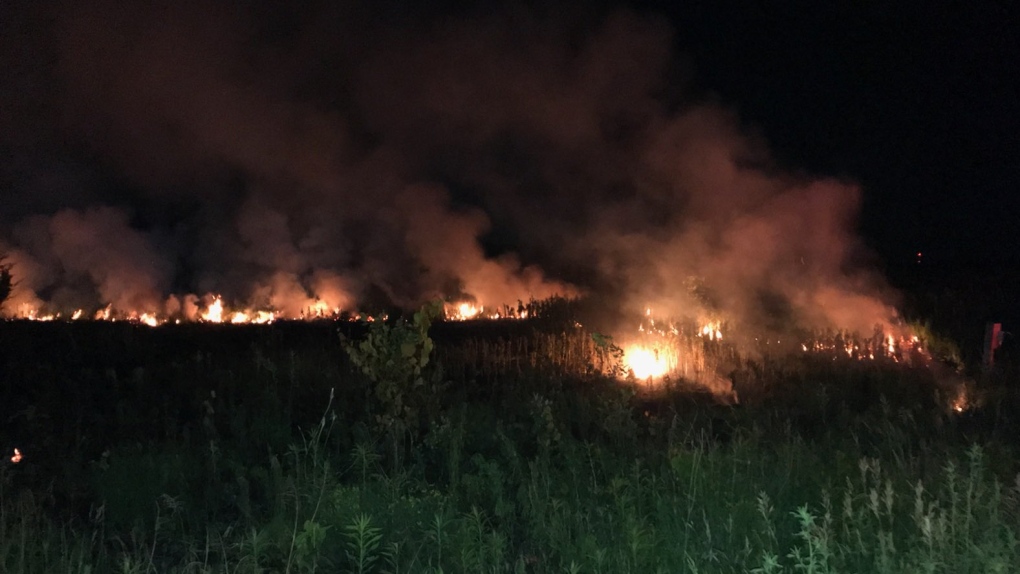 At 2:45 a.m. the London Fire Department tweeted that they received a call about a large brush fire along Colonel Talbot Road.

When they arrived on scene they found a significant fire in the area but quickly determined that it was in the Southwold Township area.

Crews from Southwold were called in and the fire was quickly extinguished. Provincial police and Hydro One were also on scene to assist.

Elgin County OPP say it appears someone intentionally cut down a hydro pole with three transformers on it and stole copper wire from the downed lines.

The sparking wires/transformers are believed to have caused the fire.

Fire has been extinguished. Thank you to @OPP_WR, @HydroOne & especially @LdnOntFire for their assistance. https://t.co/TBCJ97CR2c