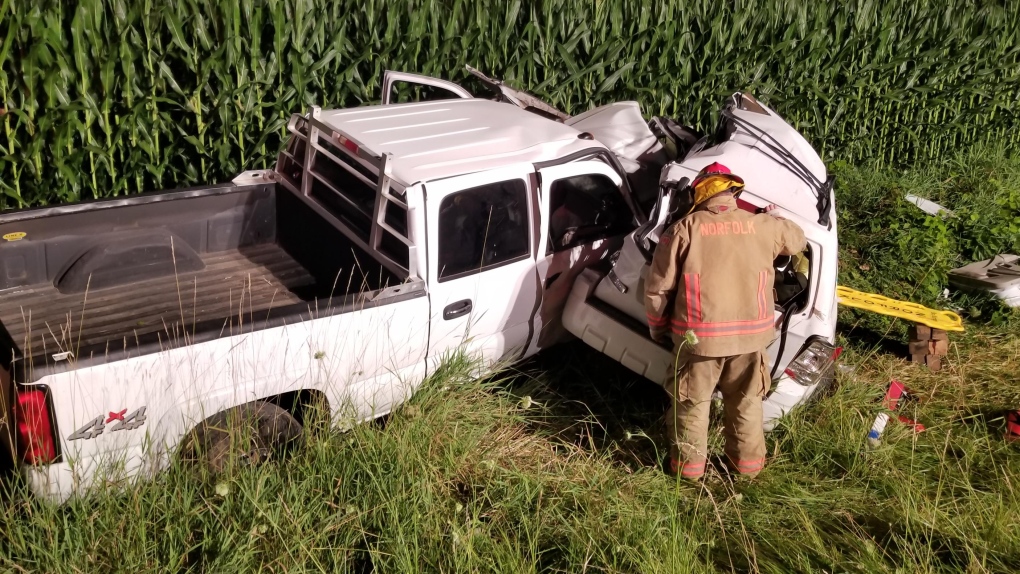 A young woman and a young man have died following a two vehicle crash in Norfolk County.

The collision occurred just outside an undisclosed address on McDowell Road West in North Walsingham around 7:40 p.m.

According to police a white SUV was travelling eastbound and was attempting to turn into a driveway when a white pickup attempted to overtake the SUV at the same time.

The pickup collided with the SUV sending both vehicles into the ditch.

A 26-year-old woman was driving the SUV and was pronounced dead on scene, while a 26-year-old man who was a passenger was air-lifted to hospital in Hamilton with life-threatening injuries. He has since died of those injuries.

The deceased have been identified as Maria Klassen, 25, and Abram Klassen, 26, both from Norfolk County.

The driver of the pickup, a 23-year-old man, was taken to hospital with minor injuries.

Officers say that speed is being looked at as a factor in the collision.

Police have not said if any charges will be laid.