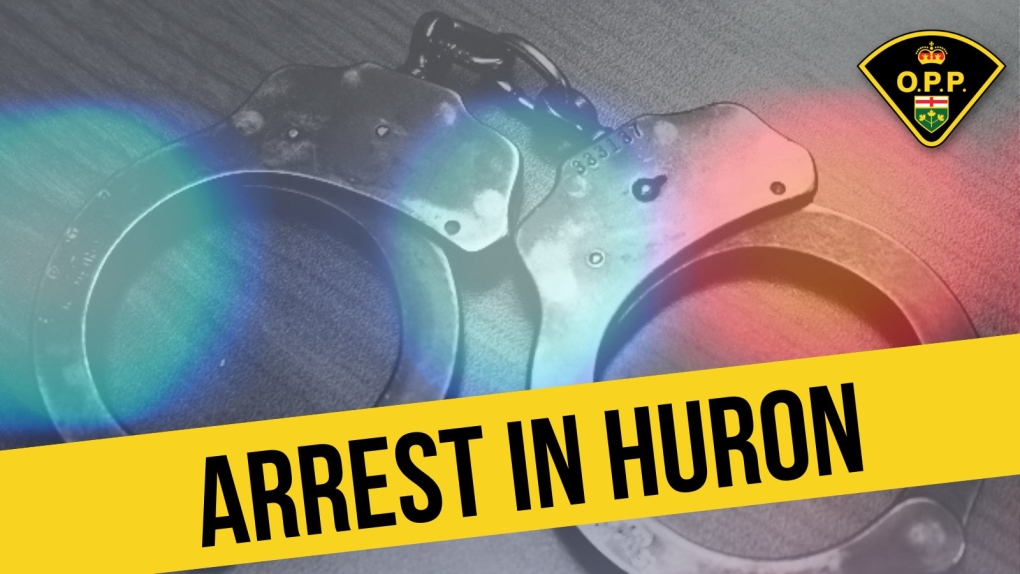 An OPP graphic that depicts a pair of handcuffs and says "Arrest in Huron." (Source: West Region OPP/Twitter)

Huron County OPP continue to investigate a robbery that took place in Goderich at a business on Huron Road, but say two suspects have been arrested and a vehicle of interest has been located.

According to police, around 9:25 p.m. on Jan. 23, police were contacted by a store manager who called to report a robbery that had just occurred.

Police said two suspects, a man and a woman, had reportedly stolen numerous items from the Walmart and loaded the stolen merchandise into an SUV waiting outside the building.

The vehicle was last seen travelling at a high rate of speed through the parking lot and eastbound onto Huron Road leaving Goderich.