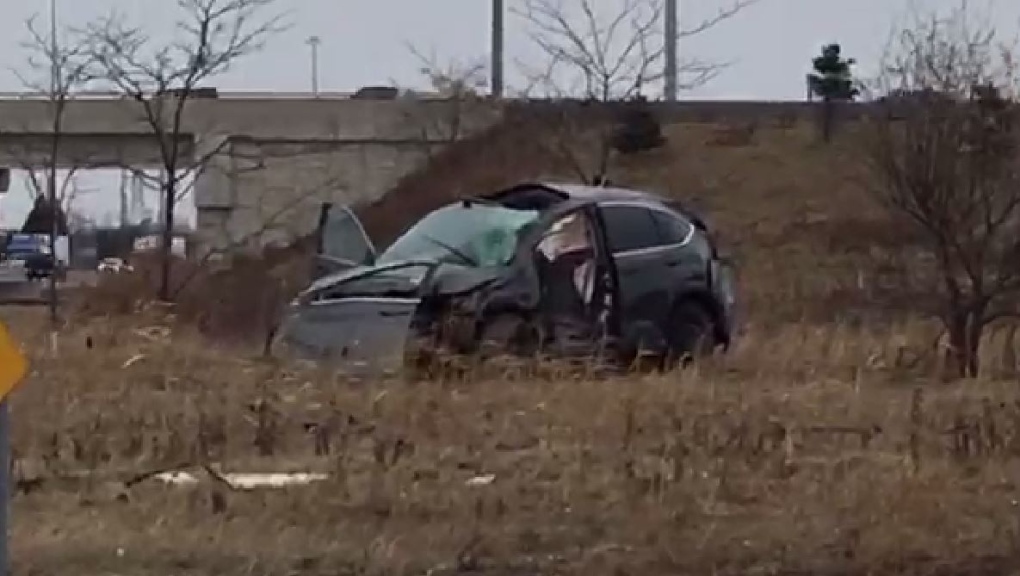 OPP responded to a fatal collision at the Highway 401 off ramp at Wellington Road on Wednesday, January 4, 2016. (Photo courtesy of OPP, West Region)

Middlesex OPP have released the identity of a 51-year-old London woman who was killed in a single-vehicle crash on the Highway 401 off ramp at Wellington Road.

OPP have identified the victim as Katherine Schmidt, a passenger in the vehicle. She was rushed to a London hospital, where she succumbed to injuries sustained in the crash.

Police continue to investigate the collision.

The driver of the vehicle was 56-year-old James Schmidt from London, remains in critical condition in a London hospital.

OPP Sgt. Dave Rektor says one person was ejected from the vehicle.

The ramp was closed for an investigation to determine the cause of the collision.

"We're trying to figure out why the driver went straight (off the ramp) instead of turning," Rektor said.

Anyone with information relating to this collision is asked to call the OPP at 1-888-310-1122.  Should you wish to remain anonymous you may call Crime Stoppers where you may be eligible for a cash reward of up to $2,000.