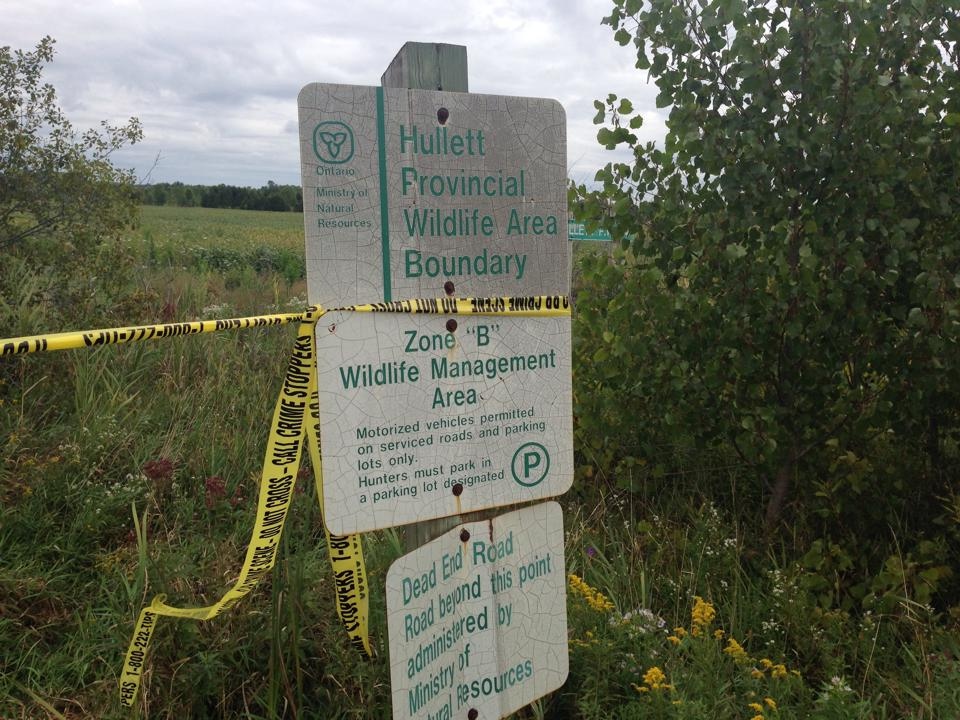 Police tape is seen near the area where a man was fatally shot on Saturday, outside of Clinton, Ont. on Sunday, Sept. 14, 2014. (Scott Miller / CTV London)

Police have finally left the scene of Saturday’s fatal shooting near Clinton.

Forensics has wrapped up their work on scene at the Hullett Provincial Wildlife Area.

Police confirm there is no suspect in custody.

Investigators will continue to follow leads and tips in hopes of catching the person who shot and killed 70-year-old Don Frigo Saturday around 5 p.m.

Police have kept entrances and roadways leading into the area just north of Clinton blocked since the shooting.

They’ve confirmed that Frigo was shot and killed by an unknown man and a woman was also wounded.

People with knowledge of Saturday’s events tell CTV News a man in a blue car pulled up to the couple and shot Frigo off his horse, killing him.

While his wife Eva was trying to escape, she too was reportedly shot in the face. She is expected to make a full recovery.

Police have not confirmed if this was an isolated or targeted attack.

Sources say that there was a search for the shooter in the Hullett Marsh in the hours following the shooting, but most of this week has been spent collecting evidence on scene. 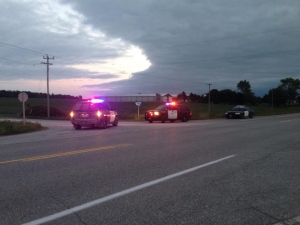