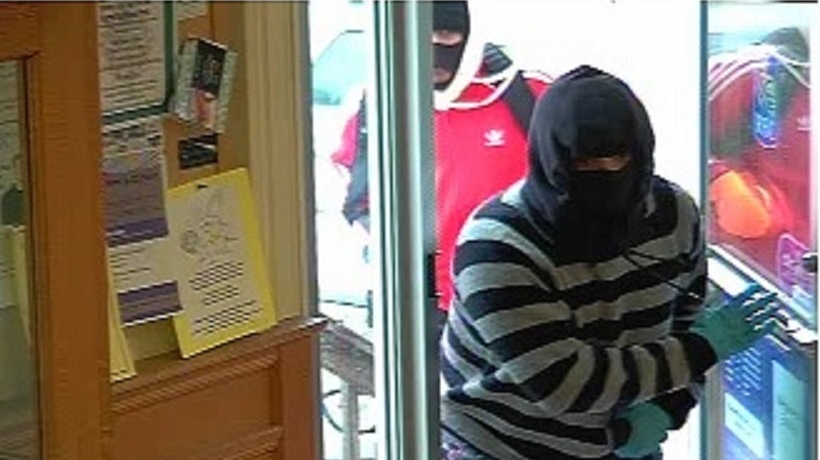 Provincial police are on the hunt for two suspects after a bank was robbed in Embro Thursday afternoon.

The two men made off with an unknown amount of cash. There were two employees and two customers in the bank at the time but no one was injured.

Police searched the area but came up empty.

Both men that exited the vehicle matched the description of the bank robbers.

The vehicle was described as a newer black coloured 4-door Mercedes with a larger emblem. It had tinted windows with chrome below the window frame.