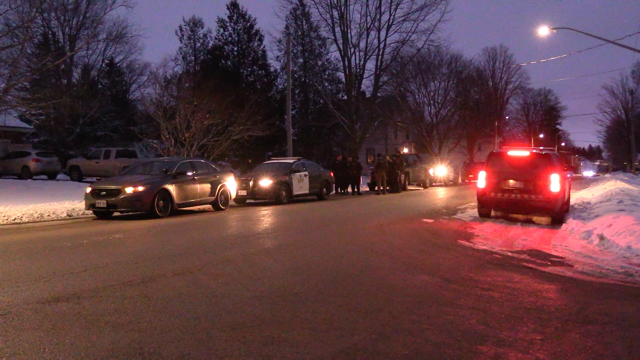 LONDON, ONT. -- A 72-year-old man is facing numerous weapons charges after an investigation prompted a heavy police presence in Bluevale, Ont. a week ago.

There was significant OPP presence on the afternoon of Jan. 28 after a call to check on the well-being of a resident and a firearms investigation.

Up to 10 OPP cruisers and the Emergency Response Team were visible on Clyde Street, the community's main thoroughfare, for several hours.

A man was arrested at an Orange Street home and a search warrant was then executed which resulted in the seizure of firearms and ammunition, as well as prohibited devices and weapons, police say.

He was being held in custody pending a bail hearing on Thursday.