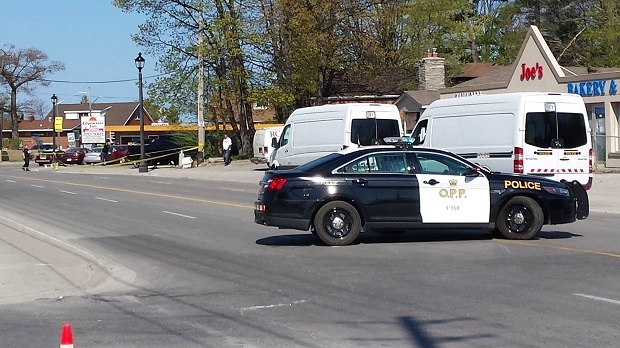 OPP are on the scene of a fatal stabbing in Wasaga Beach. (Mike Miller)

Investigators say a male victim appears to have been stabbed around 3:30 a.m. Monday.

They say it happened near "Skull Island," a pirate-themed mini putt course less than a kilometre away from where an 18-year-old man was stabbed to death on Friday.

An autopsy is scheduled for Monday.

CTV News has confirmed the victim is 18-year-old Fransesco Molinaro from Bolton.

There's no information about the victim of Monday's stabbing, and there's no word on whether the stabbings are related.

Police are asking anyone with information to come forward.