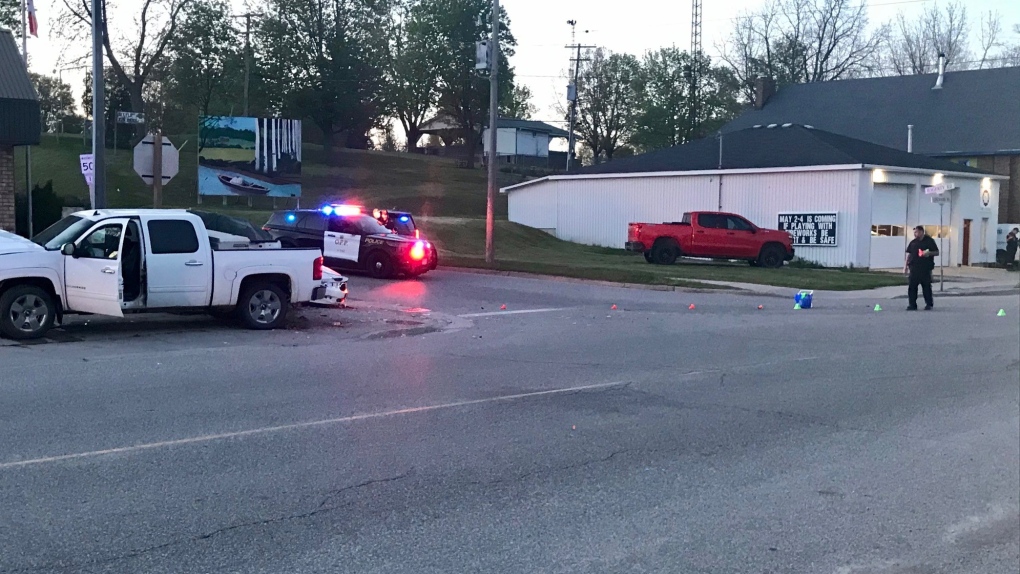 Emergency crews were called to Longwoods Road and Hagerty Road in Wardsville just before 7 p.m. after a pickup truck and a car crashed into each other.

The crash occurred next to the community's fire station.

Seventy-eight-year-old Frances Labadie of Dutton-Dunwich Township died in the crash.

Longwoods Road was closed for some time in each direction by Middlesex OPP for an investigation, but reopened overnight.

The OPP's Technical Collision Investigation Team is assisting with the investigation into the crash.