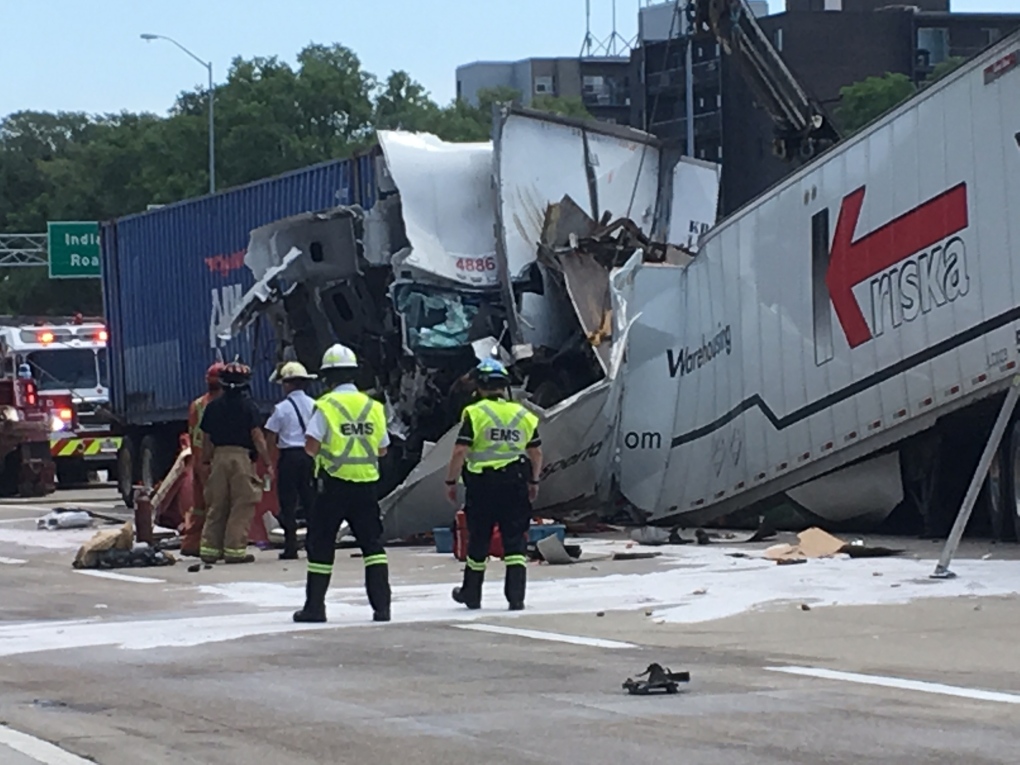 Lambton OPP have identified a driver killed in a crash involving three transport trucks in Sarnia.

Dannie Faulk, 61, of Ozark Alabama was found dead within the cab of his transport truck. Police say he was at fault for the crash.

The Regional Corner's Office has taken carriage of the deceased pending a post-mortem.

The collision took place Wednesday in the westbound lanes of Highway 402 at Modeland Road through to the Bluewater Bridge.

OPP say a westbound transport truck had collided into a row of stopped transport trucks that had been waiting to cross the Bluewater Bridge in an attempt to enter the United States.

Police would like to remind all commercial traffic utilizing westbound 402 Highway while approaching the Bluewater Bridge, to be cognizant of traffic delays, relevant Ministry of Transportation signage and speed.