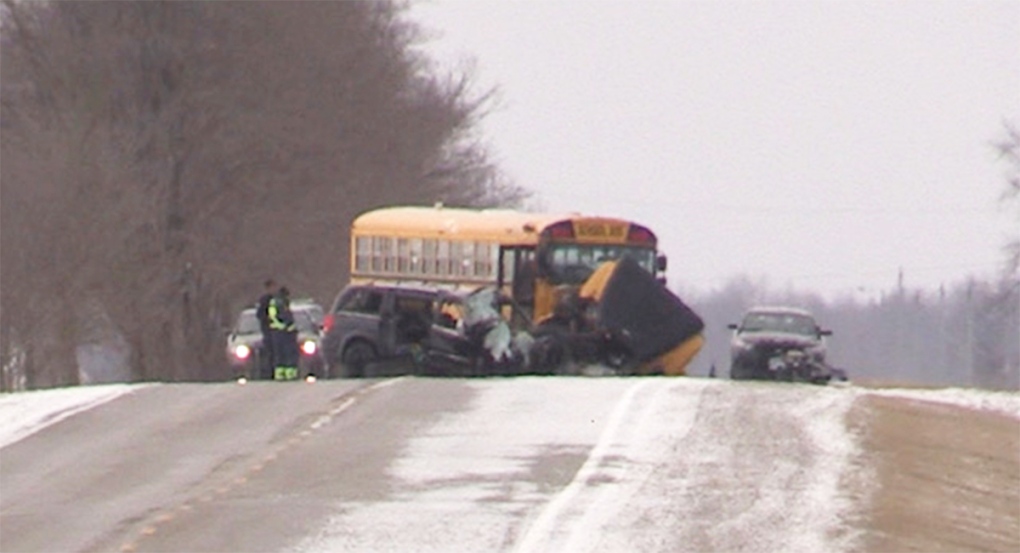 At approximately 7:40 a.m., emergency crews were called to the scene involving a school bus and a minivan on McNaught Line.

OPP say the bus was northbound when it collided with a southbound minivan.

The lone driver of the minivan, Daniel Karpyshyn, 36, of Vanastra was pronounced dead at the scene. A post-mortem examination is scheduled to take place Wednesday.

The bus driver was treated and released with minor injuries. There were no passengers on the bus.

McNaught Line has since reopened to traffic.

A GoFundMe has been set up for Karpyshyn's family.

#HuronOPP is on scene of a two-vehicle fatal crash that took place this morning south of Ethel on McNaught Line. A school bus & a mini-van collided head-on. The driver of the mini-van died at the scene. The driver and lone occupant of the school bus sustained minor injuries.^js pic.twitter.com/UCKJM0dMcV