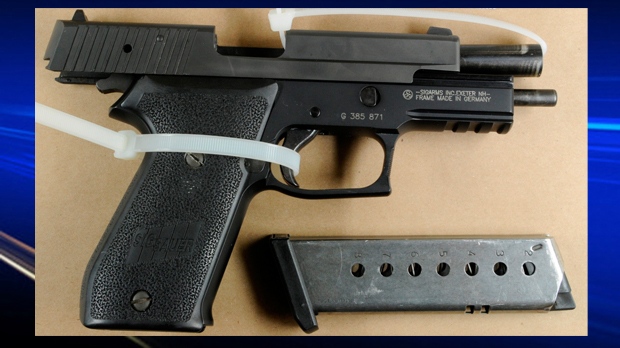 A Sig Sauer handgun is seen in this undated image.

The OPP's Criminal Investigations Branch has been called to investigate after an OPP issued handgun was stolen from the Norfolk County detachment.

A member reported to OPP command that sometime between March 6 and 14 his Sig Sauer P229 handgun and ammunition magazine were stolen from a locked gun box within the detachment.

Acting Det.-Insp. Dave Robinson has been assigned to the investigation.