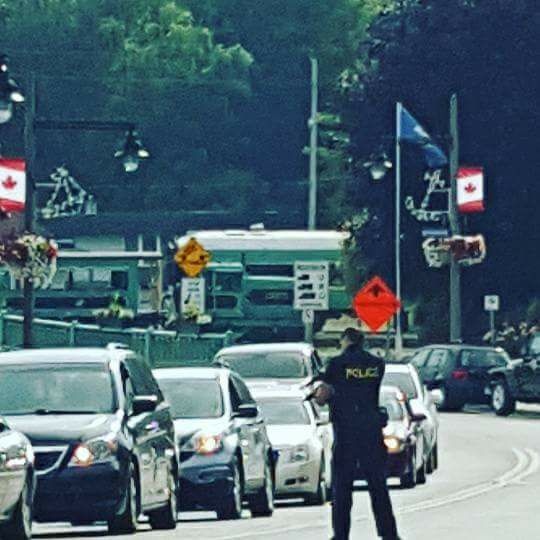 An officer stopped a 1996 Grey Chrysler Intrepid in the area of Bridge Street and Carlow Road after confirming that the vehicle was reported stolen.

Four people were in the car at the time. All four were arrested on scene, taken into police custody and are facing a number of charges including possession of property obtained by crime over $5,000 contrary to section 354(1)(a) of the Criminal Code and driving with more than 80miligrams of alcohol in blood