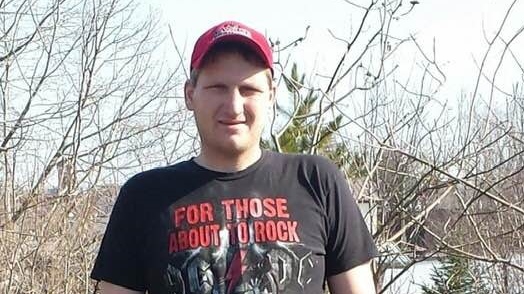 LONDON, ONT. -- An OPP search of a lime quarry on the edge of Ingersoll has resulted in the recovery of a body confirmed to be that of 31-year-old Thomas Rutherford of Ingersoll.

Oxford OPP report that at approximately 4:15 p.m. on Tuesday they responded to the report of a body located on Foldens Line, Ingersoll.

Sources told CTV on Wednesday that the focus of the police investigation had been on the Carmeuse Lime Quarry on Foldens.

The OPP Forensic Identification Services (FIS) along with Beachville Fire Station and Woodstock Fire Department were called in to assist with the investigation.

With the discovery confirmed, the OPP Underwater Search and Recovery Unit was brought in to assist in the retrieval of the body.

Rutherford had been reported missing on December 8.

Police haven’t identified a cause of death or released any other details with regards to the investigation.

Those who want to remain anonymous can contact Crime Stoppers at 1-800-222-8477 or online at www.oxfordcrimestoppers.com.