LONDON, ONT -- Golfers exiting the Bridges at Tillsonburg golf course in Tillsonburg Ont. are being pulled over by OPP and ticketed under the Reopening Ontario Act.

When the players would later leave the course, officers would direct them to pull over. A photo description would be matched with the driver and officers would then issue a $750 dollar ticket. Along with the victim surcharge it totals $880 dollars.

Rick Cober from Kitchener, Ont. was one of those ticketed leaving the course Sunday.

"I kind of expected it," referring to the ticket after seeing the police taking his photo during his round. 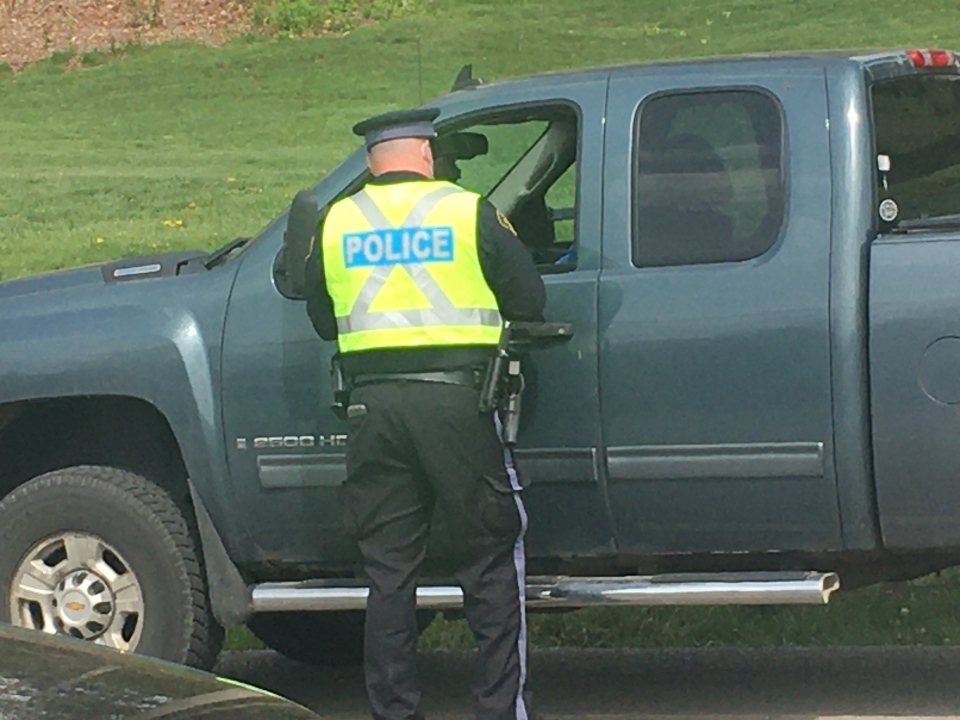 Cober feels it's ridiculous that golfers are being ticketed because he says it's a safe outdoor activity.

"They said they agree with what we're doing but they've got a job to do," Cober says of his conversation with the OPP officer.

"This is really on Doug Ford."

An OPP officer on scene said 10 golfers were ticketed Saturday at the course. A golfer who played at the Bridges this weekend sent CTV News a photo which he says was posted in the pro-shop.

The note reads, "If you receive a ticket from OPP DO NOT PAY." 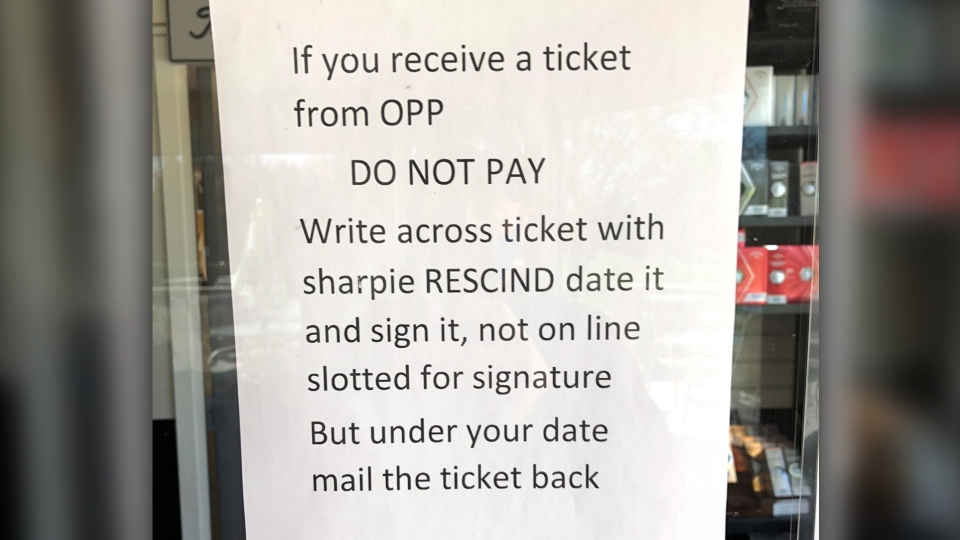 "Write across the ticket with a Sharpie, RESCIND date it and sign it, not on line slotted for signature, but under your date mail the ticket back."

Cake, who owns the firm Cake Criminal Defence, says, "You don't want to take legal advice from the people who want your money."

"They want to present that it's a safe place to be. However you feel about the law is one thing but we know that you're not allowed to go golfing right now. You shouldn't be going golfing, and you shouldn't be listening to the golf course, telling you 'Hey it's okay to come golfing here's how you beat the ticket'. Ultimately, they're not going to be the ones paying the fine when you get convicted."

Former OPP Commissioner Chris Lewis says, "Police services are dealing with a new playbook, this is not something they've experienced before."

He feels an increased presence of officers would likely be used as a deterrent.

"Whether or not we agree with the laws around the Golf provision or not, and I don't personally, and I'm sure lots of police officers don't, it is a law," says Lewis, who is now CTV's public safety analyst.

"This is a serious public health crisis that we're facing, so they're trying their best to be there, deter, educate, warn and have conversations. That's not working with some people so as a result they're laying charges."

Lewis says warnings would always be the preferred method of enforcement, but when those don't work, action needs to be taken.

"I mean the police give way more warnings and they never get credit for," says Lewis.

"You always hear about someone who got the ticket or got charged. That's the reality of enforcement if you can warn that suffices you do.  It's not sufficing in this case so more serious action has to be taken. You are damned if you do, damned if you don't. If you don't show up when public calls and complains you are criticized, if you do show up, the people there are mad, especially if they are getting tickets."

Since reopening the fairways, the Bridges at Tillsonburg is seeing about 160 golfers every day with the tee sheet full. At $51 dollars per person, that's about $8000 dollars in green fees each day they are open.

While the maximum fine is $10 Million, Cake says that is very unlikely. Fines will be based on previous cases relating to public welfare.

"For example if they're making $8,000 dollars a day, clearly the court wants to impose a fine, that is not simply just a license to do illegal activity," says Cake.

"Hey, you know, we'll pay our $4,000 dollars, call it a day and we're still up four. So there is going to be a balancing of what the offense was, how the offender benefited from the offence, and then a fine associated with ensuring that other like minded individuals see what could happen if you do it."

Since Thursday, the OPP has laid multiple charges against the course.

Saturday, the corporation was charged with two counts of failure to comply with continued Section 7.0.2 Order, of the Reopening Ontario Act (ROA).

In addition, OPP say five individuals at the golf club were charged for alleged failure to comply under the reopening act, on Friday.

The course continues to book tee times and says it will stay open despite the charges.

A previous version of this story indicated that not paying a ticket under the Reopening Ontario Act could prevent you from renewing your sticker or licence. Further investigation has determined that is not the case. Cake says a defaulted fine will go to a collection agency, but without a connection to a vehicle it will not work like a parking or traffic ticket.