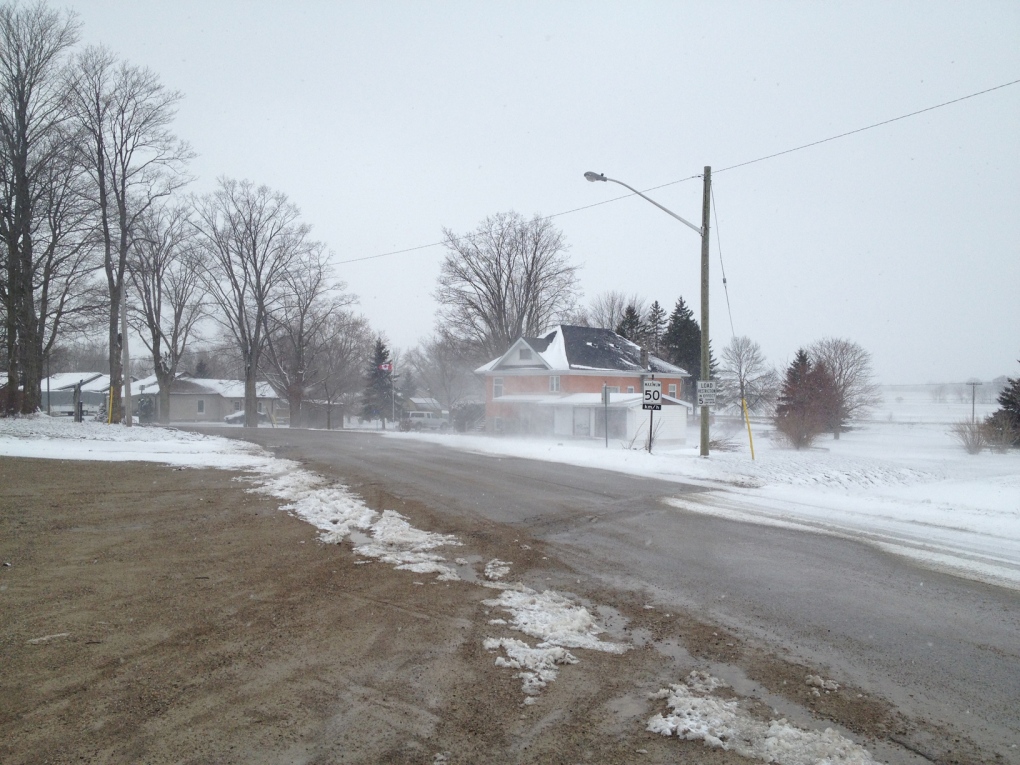 A school bus driver was stopped and found to have consumed alcohol on this section of Clyde Line in Bluevale, Ont. (David Imrie / CTV Kitchener)

Huron County OPP say a school bus driver who showed signs of impairment while on the job has been charged with dangerous driving.

Around 4:30 p.m. on April 14th, police received a number of complaints about an Elliot Coach Lines school bus being driven erratically on Harriston Road.

Officers stopped the school bus, which had 10 students on board, on Clyde Road in Bluevale.

The driver was given a roadside test and his blood alcohol registered in the warn range. His licence was immediately suspended for three days and shortly thereafter he was let go by the bus company.

After reviewing additional information, police say the bus was being operated in a manner that was dangerous to both the students on board and the public.

As a result, they have charged 50-year-old Frank Braun of Listowel with dangerous operation of a motor vehicle.

He is scheduled to appear in a Goderich court in June.