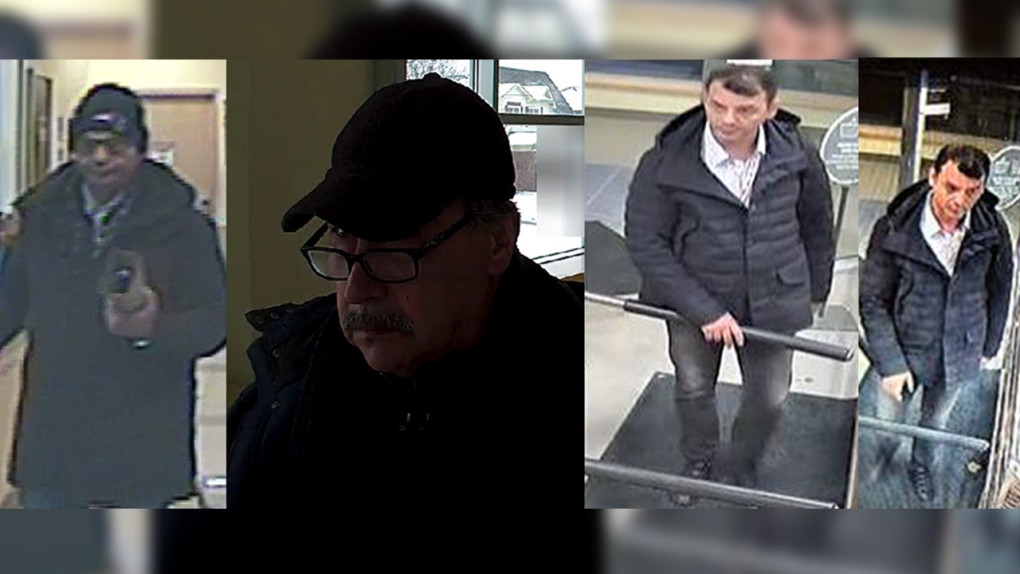 LONDON, ONT. -- Huron County OPP are looking for the public's help with a shoplifting investigation that has targeted several LCBO locations.

Two males stole four bottles of 42-year-old whisky and two bottles of 16-year-old scotch from the LCBO location in Goderich, Ont. on the evening of March 6.

In total the stolen bottles of liquor in just that one incident are valued at over $1,500.

Since then, the two suspects have been linked to 20 more similar thefts around Ontario over the past two years including high-dollar bottles of scotch, whisky, champagne and vintage wines.

The first suspect is described as a white male in his 60s, five feet seven inches tall, with a heavy-set build, moustache and glasses

The second is a white male over six feet tall, 50-60 years of age, with dark hair. He was wearing a New England Patriots toque at the time.

Contact Huron OPP or Crime Stoppers if you have any information.

Help us identify these two persons of interest connected to numerous LCBO shoplifting incidents throughout Ontario. They target high dollar bottles of liquor & vintage wines. Losses to the LCBO are well into the thousands. Contact #HuronOPP at 888-310-1122 or @hc_crimestopper ^js pic.twitter.com/u4JqiSPICg