SARNIA, ONT. -- Six Sarnia, Ont. police and bylaw officers stepped over a gate at Sharky's Athletic Club to serve it a $1,255 fine for breaking the Reopening Ontario Act Monday.

"Following an investigation, a fine was issued to a business located in the 1500 block of London Line," says Stacey Forfar, general manager of community services for the City of Sarnia.

Lambton County has now returned into lockdown in the grey-restrict zone.

The city says it will take the same approach it has throughout the pandemic by warning businesses first, then fining them if non-compliant.

Forfar explained why Sharky's was not given a warning Monday.

"This is the second fine that has been issued to this establishment within recent weeks for violating the provincial orders," says Forfar.

Sharky's was just one of many businesses in the county who advertised they were staying open, ignoring the provincial order.

"I worked too hard to make this business a success for someone to rip it out from me," says Marlo Strisovich, owner of Tanglz salon, who continued to cut hair despite personal care services falling under businesses required to close.

Bylaw officers came by her salon, but she didn't answer the locked door.

"You can't tell we are open," says Strisovich. "We are by appointment and we have enough time to do a client, clean, and do another."

After 20 years in business, she says her place is 'safer' than big box stores, and can't afford to lock the doors.

"If I close, I'll end up closing for good and wouldn't want to come back," says Strisovich, who hasn't received government funding aid. This time I'm staying open." 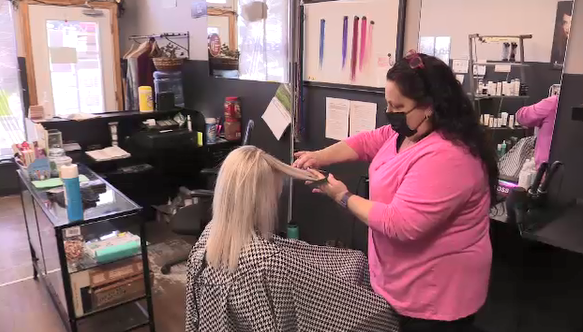 By keeping the doors open, she's hoping to avoid the fate of Lake Point Grillhouse and Lounge in nearby Point Edward, Ont.

It couldn't survive the recent restrictions imposed on restaurants and announced late Sunday night it was closing permanently.

"We've poured our heart and soul into this. The reactions on Facebook have been phenomenal. I posted it last night and I've had over 20,000 comments and responses so that is truly heart-wrenching and heartwarming at the same time." 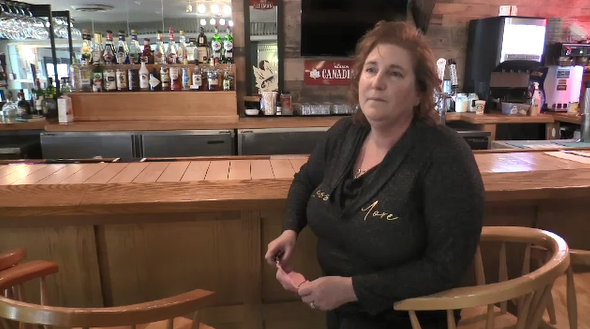 "They gave me a warning," says Theriault. "They will be back should they get another complaint."

CTV News reached out to Lambton Public Health remotely and also went to headquarters but never got a response.

"I can't condone this because there is going to be implications for those who do buck the rules," Marriott said.

"I sympathize that businesses have been shut down a third time now because I'm very close to people highly affected by this. We just can't risk numbers going up due to a limited number of ICU in Bluewater network. We can't risk people not being able to have proper care if the hospitalizations go up."

"I understand the distress, anger...and it's difficult as a city to do the enforcing on a law we did not write, nor have been consulted on during the past year," he says.

"It will be up to bylaw enforcement and police to enforce, but it's difficult where people are pushed to the point where it’s just survival for them after three lockdowns."

In a news release, the City of Sarnia detailed the repercussions for businesses who fail to comply.

"Should a business owner choose not to comply with the provincial requirements, Sarnia Police and By-Law Enforcement may issue fines of $880 to individuals and $1,255 to businesses," says Forfar in the release.

"Individuals who choose to attend businesses in violation of the grey-lockdown requirements are also subject to an $880 fine. Furthermore, if a business or individual continue to violate the grey lockdown, they are subject to fines of up to $100,000 for an individual and up to $10,000,000 for a corporation."

Meanwhile, Bradley is asking for any health regions moved into lockdown by the province to be given priority access to COVID-19 vaccines.

He made the request as Sarnia-Lambton moved into grey.

Bradley says in a letter to Premier Doug Ford that priority access to vaccines would give people in the region optimism and alleviate stress as they move into lockdown.

Lambton Public Health says the lockdown is a "declaration of emergency" after weekly case numbers rose sharply among residents under the age of 50.