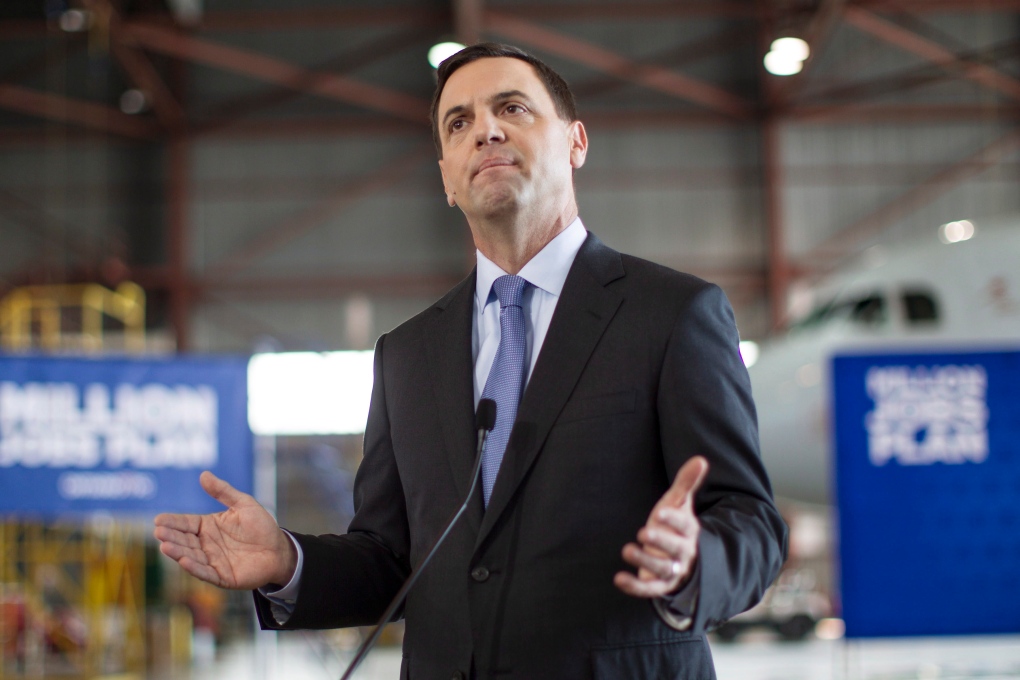 Ontario PC Leader Tim Hudak addresses the media in Mississauga, Ont. on Thursday, June 12, 2014, as the province goes to the polls on election day. (Chris Young / THE CANADIAN PRESS)

TORONTO - Candidates for the leadership of Ontario's Progressive Conservative party have until the end of February to sign up new members before voting is held next May.

The party has decided all members will be eligible to cast preferential ballots on May 3 or May 7 and the official results will be unveiled on May 9.

Former Opposition leader Tim Hudak resigned after leading the party to a second straight election loss in June, when the Liberals were returned with a majority government.

Two other caucus members have been openly preparing leadership bids -- former North Bay mayor Vic Fedeli and Ottawa-area MPP Lisa MacLeod are expected to jump into the race this week.

Federal Conservative MP Patrick Brown has scheduled a news conference in his Barrie riding next Sunday to announce his candidacy.