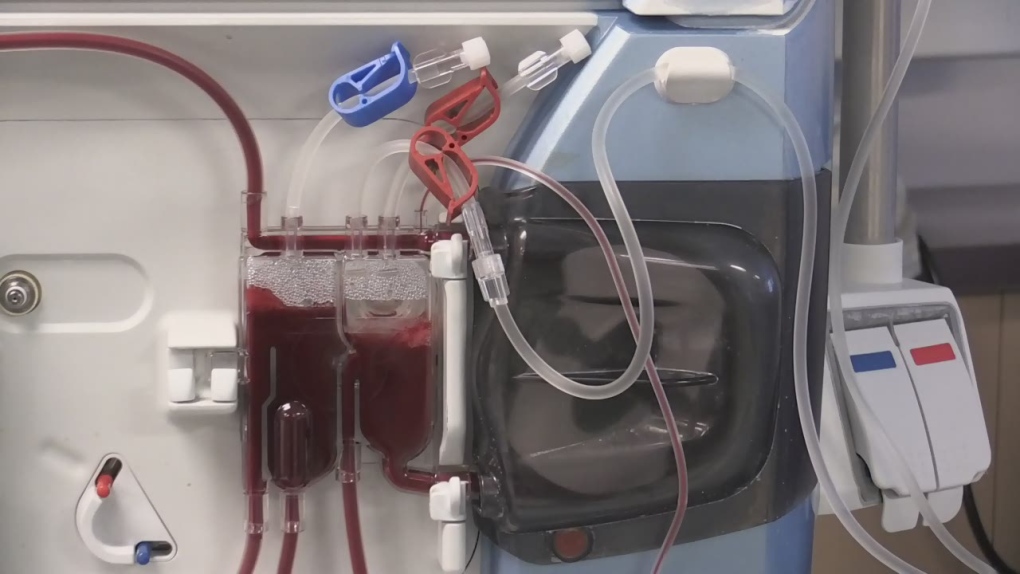 The government announced earlier this year that it was ending the insurance program, saying it didn't provide value to taxpayers and provided only limited coverage.

The program covered out-of-country inpatient services up to $400 per day for a higher level of care, such as intensive care, as well up to $50 per day for emergency outpatient and doctor services. The province was spending $2.8 million to administer approximately $9 million in claim payments every year.

But Ontarians who rely on dialysis said they needed that funding to be able to travel for work or to visit family, saying they can't get private insurance to cover the cost.

Elliott said Thursday that a new program operated by the Ontario Renal Network will reimburse dialysis patients $210 per treatment, the same rate as the program that is being cancelled, starting Jan. 1.

"Our government listened to the Ontarians on dialysis who can't easily access affordable travel insurance about the need to preserve and protect their ability to safely travel and work abroad," she said in a statement.

"This new program to fund out-of-country dialysis services will ensure hemodialysis patients can plan their trips abroad confident in the knowledge that they'll be able to access the medically necessary services they rely on."

The program will cost $700,000 a year. The $210 reimbursement does not cover the full cost of dialysis, but patients who were at the legislature in May to call for continued out-of-country coverage said it helped ease the burden.

NDP health critic France Gelinas, who held a news conference with the patients, said Premier Doug Ford only does the right thing when he's "caught."

"The credit for today's partial reversal belongs to the brave dialysis patients who spoke out at Queen's Park, and in their own communities, against this short-sighted move," she said in a statement.

Petitpas Taylor said Ontario will be the first jurisdiction in the country to provide no coverage for emergency hospital and physician services received out of country, saying that would be "inconsistent" with the Canada Health Act, which stipulates that all Canadians are entitled to continuing coverage of their provincial health plans when they are temporarily absent from home.

Elliott's statement Thursday said that most Ontarians already have travel health insurance through their workplace plans or credit cards, and anyone travelling abroad is encouraged to ensure they have or purchase appropriate coverage.

In her 2018 report, auditor general Bonnie Lysyk said the Ministry of Health processed an average of 88,000 out-of-country claims per year over a five year period and paid an average of $127 per claim.

Lysyk also noted the high administrative costs of the program, but said they arise because staff must check varying physician services fee rates and process claims manually. She recommended that the government seek ways to reduce administrative costs by adopting a single reimbursement rate for all health services obtained out-of-country.