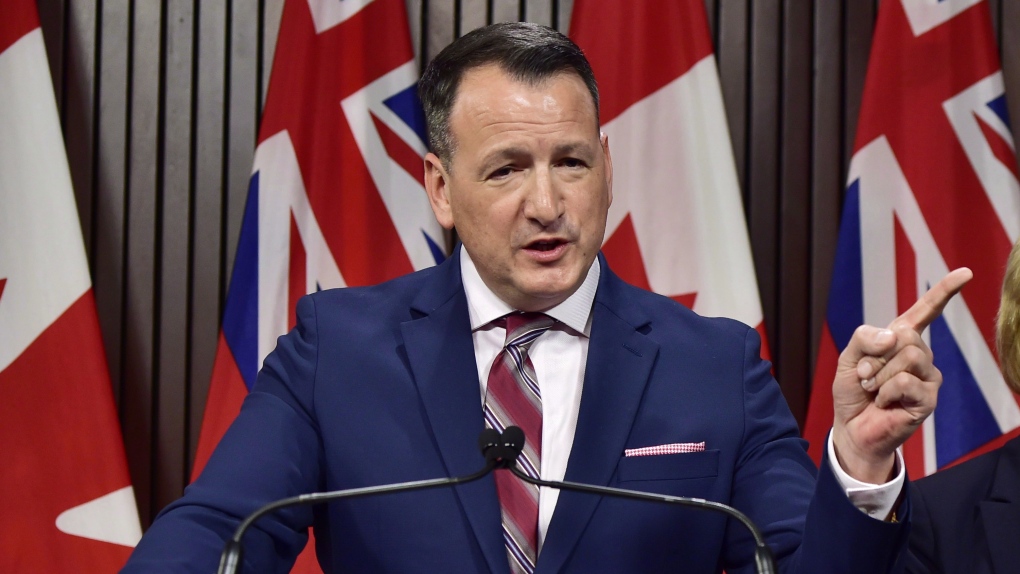 TORONTO -- The Progressive Conservative government says its plan to fix the "hydro mess" left behind by the Liberals would save taxpayers hundreds of millions of dollars while maintaining a 25 per cent rate cut.

The so called Fixing the Hydro Mess Act -- introduced Thursday -- brings an end to the previous administration's hydro plan, uploads local electricity conservation programs to the corporation that manages the system and overhauls the energy sector watchdog.

Energy Minister Greg Rick Ford said hydro rate increases will be held to inflation, and noted that the government remains committed to its election campaign promise of lowering rates a further 12 per cent, although he did not have a timeline for that goal.

"The objective is to move as quickly as possible," he said.

The Liberals brought in their Fair Hydro Plan in 2017 to address a public outcry over soaring hydro rates, particularly in rural areas. The policy lowered time-of-use rates by 25 per cent by removing from bills a portion of the global adjustment -- a charge consumers paid for above-market rates to power producers.

Over the next decade, a new entity overseen by Ontario Power Generation was to pay that difference and take on debt to do so. Then, the cost of paying back that debt, which would have been up to $28 billion under the Liberal plan, was to go back onto ratepayers' bills for the next 20 years. The structure meant the costs of the plan were kept off government books.

The auditor general criticized the plan, saying it would cost the province an extra $4 billion.

Under the new Tory plan, borrowing costs to achieve the rate cut would move onto the government's books.

Rickford said that decision would allow the government to save on interest payments, though he did not say by what amount.

"This is effectively the Liberals' Fair Hydro Plan," he said. "It's got a new name. But it's still subsidizing hydro bills in a way that people are not going to be able to afford in the long run."

Green party Leader Mike Schreiner said the Tories are effectively doing the same thing they criticized the Liberals for when they were in opposition, kicking the problem down the road by borrowing to lower rates.

"Tweaking the existing electricity structure will not fix the hydro mess," he said. "They're going to borrow over $4 billion to subsidize electricity bills that disproportionately benefits the wealthy. They should be saving that $4 billion, investing some of it support for low income, rural, and remote communities and using the rest to balance the budget."

Schreiner said this change will not move the government any closer to its promised 12 per cent hydro rate reduction.

The Tory legislation would also upload electricity conservation programs to the province's Independent Electricity System Operator, a move the government said will result in savings of up to $442 million.

The government would also discontinue programs that include rebates for energy-efficient heating and cooling equipment, and discounts for buying energy-efficient products such as LED light bulbs. It would also eliminate incentives for builders to improve energy performance in new residences.

The Tories also plan to overhaul the province's energy sector watchdog -- the Ontario Energy Board -- by streamlining its rate approval process and changing its governance.

While the government has promised to cut costs out of the hydro system, they have also be criticized for intervening to heavily in the sector. Regulators in the north-west United States rejected a proposed merger between the partially privatized Hydro One -- which is 47 per cent owned by the Ontario government -- and energy utility Avista.

That came after Premier Doug Ford made good on a campaign promise to fire Hydro One's CEO shortly after taking office. The $6.7-billion deal's collapse triggered $133 million in penalties to be paid to Avista.