Ontario PCs to build 1.5 million homes over 10 years if re-elected 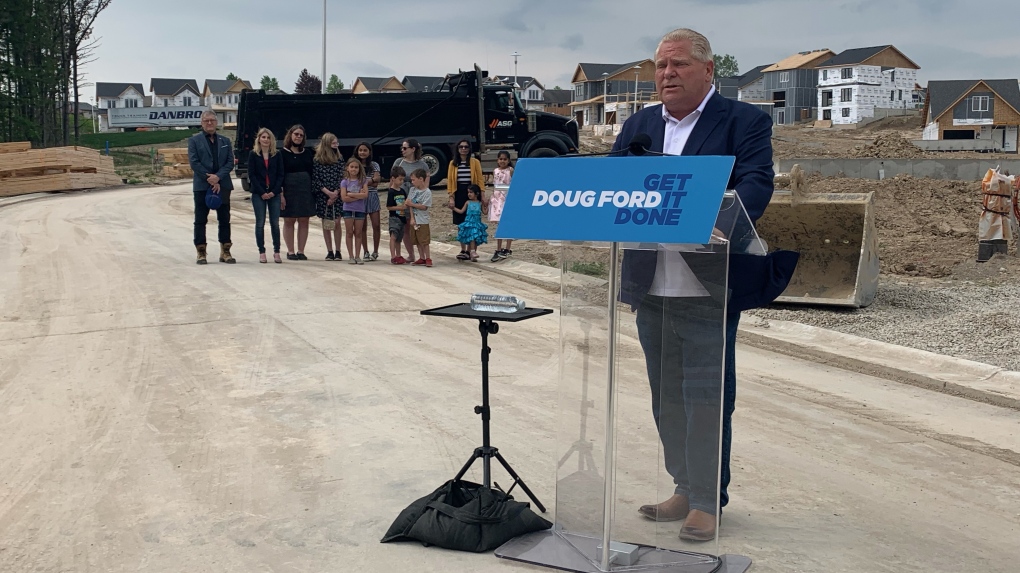 The Ontario PCs announced a plan to build 1.5 million homes over the next 10 years if re-elected, according to a press release issued Saturday morning.

“For 15 years, the Del Duca-Wynne Liberals let the housing crisis spiral out of control as they added mountains of red tape that made building homes impossible,” said Ford.

Ford added, “The NDP and Liberals want more reports, committees and studies as they find any reason to say ‘no’ to building more homes, making the cost of buying one even more expensive for Ontario families.”

According to the press release, the Ontario PCs broke ground on more than 100,000 new homes in a span of 12 months, in part due to the Housing Supply Action Plan. It adds that the province also achieved a 30-year record deal for new rental housing construction.

The press release adds that the plan to construct more than 1.5 million homes "will help keep costs down for families by building the supply that meets homeownership demand.”

On Saturday, the Ontario PCs also welcomed an endorsement from the Residential Construction Council of Ontario (RESCON).

What is happening with British Prime Minister Boris Johnson and what comes next?

U.K. Prime Minister Boris Johnson is facing his biggest crisis yet, after two senior Cabinet ministers resigned on Tuesday. Here's what you need to know.