Ontario makes anti-abortion protests outside and near abortion clinics illegal 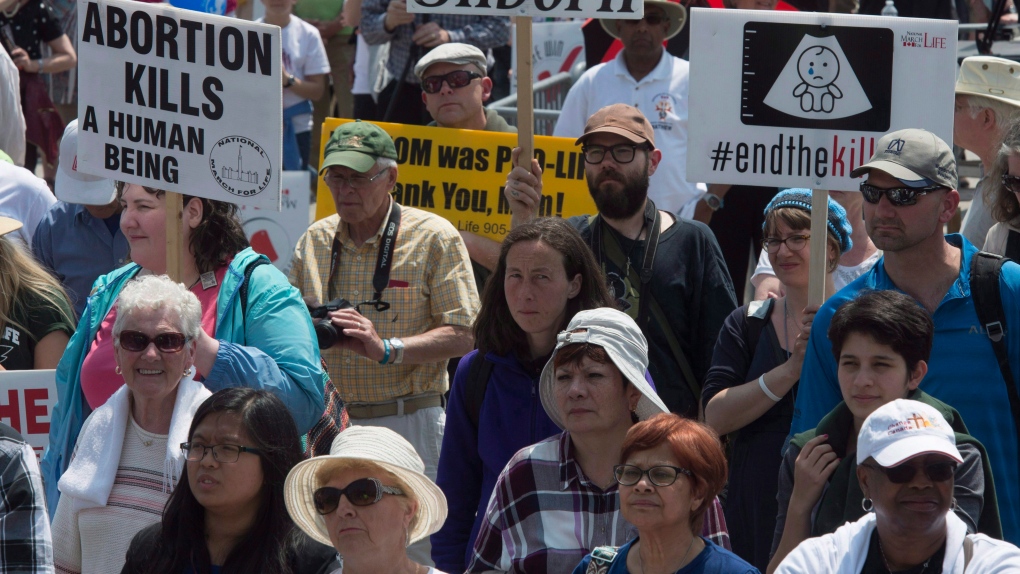 People protesting against abortion rally on Parliament Hill before marching through downtown Ottawa during the National March for Life, on Thursday, May 12, 2016. (Adrian Wyld / THE CANADIAN PRESS)

TORONTO - It will soon be illegal to protest outside and near abortion clinics in Ontario.

The legislature passed a bill today to create zones around the eight clinics in the province of between 50 and 150 metres in which anti-abortion protests, advising a person not to get an abortion, and intimidation or interfering with a woman's ability to access the services will be banned.

The ban will also automatically apply to 150 metres around the homes of abortion staff and health professionals who provide the services.

It isn't immediately in force after the bill's passage, because Attorney General Yasir Naqvi says the exact zones have to be set out in regulations, but he predicts that will happen sooner rather than later.

He also says there will be an application process for other health-care providers or pharmacists, as some Ontario pharmacies recently started offering the abortion pill, Mifegymiso.

Anyone who violates the safe zones will face up to $5,000 in fines and six months in jail for a first offence and fines of $1,000 to $10,000 and up to a year in jail for a second or subsequent offence.