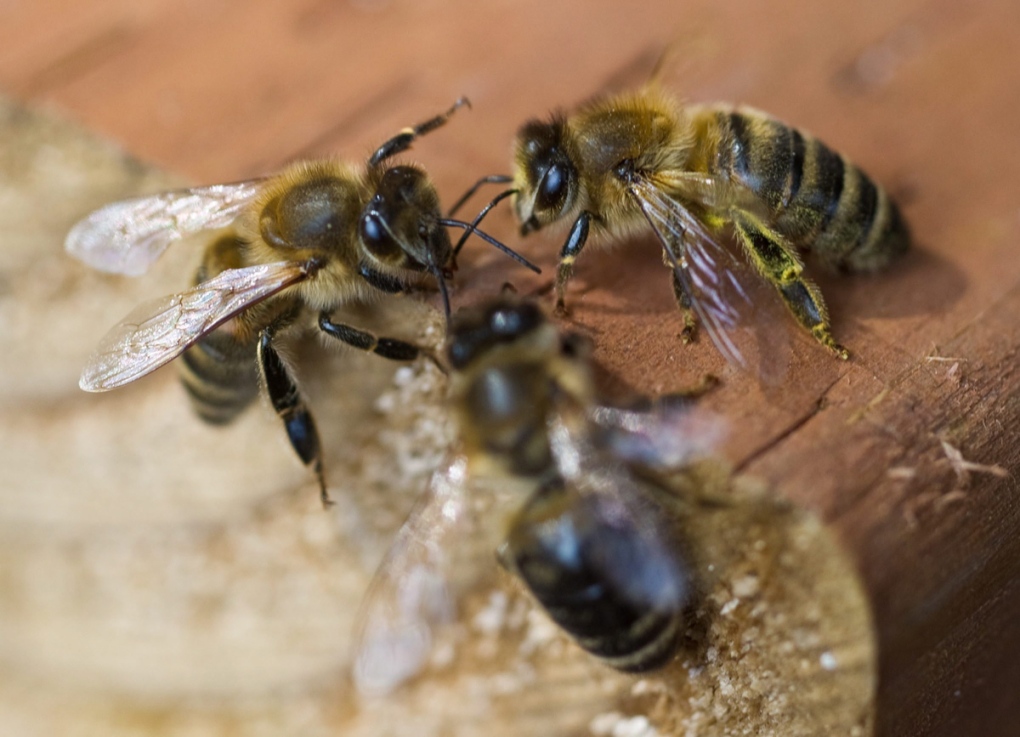 TORONTO - Ontario is looking at restricting the use of a pesticide that may pose a risk to honey bees, rather than banning it temporarily as recommended by a government-appointed panel.

The governing Liberals say they'll start consultations on a potential system where permits would be required to use plant seeds treated with neonicotinoids.

One of the recommendations of their working group on bee deaths was a temporary ban on the use of neonicotinoids on field crops of corn and soybeans until the federal government completed its re-evalution of the pesticide.

A Health Canada report has suggested that seeds treated with the insecticide contributed to the majority of the bee deaths in Ontario and Quebec in 2012, likely due to exposure of the pesticide-laced dust during planting.

According to the Canadian Honey Council, the bee population in Canada has dropped by an estimated 35 per cent in the past three years.

Many fear that the decline will have a severe impact on the pollination of many plants and the global food supply.