Ontario Liberals to decide how they will pick their next leader 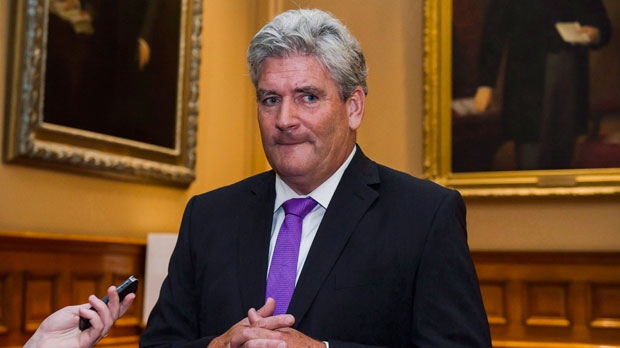 TORONTO -- Ontario Liberals will meet this weekend and decide how they will pick a new leader -- a key step as the party tries to rebuild from the ashes of last year's historic defeat.

The annual general meeting starts one year to the day that the Liberals were reduced from a majority government to a mere seven seats in the June 7 election, not even enough for official party status in the legislature. That's no accident, said party president Brian Johns.

Johns puts a positive spin on the party's status, saying that membership is up -- though he won't disclose the numbers -- and that 25 per cent of the delegates at the convention this year are new.

"That shows that we are attracting and bringing in new people," he said.

Omar Khan, an outgoing member of the executive, was more frank.

"Recent polling is encouraging but doesn't mask the fact that in three years we will be competing against a Progressive Conservative party that has the ability to raise $4 million in one evening," he said.

"We are not even close to playing at that level right now."

Three people have already thrown their hats in the leadership ring, with former cabinet minister Steven Del Duca the first to formally announce his campaign. He has already proposed several policies and garnered endorsements.

Michael Coteau, another former minister and one of the seven Liberals to retain his seat, has also indicated he will run for the leadership. Former candidate Alvin Tedjo has also announced his bid to lead the party.

Former education minister Mitzie Hunter has said that she is also strongly considering a bid. An anonymous group of Liberals circulated an email Thursday seeking to draft astronaut Chris Hadfield as leader.

Current Liberal caucus members Nathalie Des Rosiers and Marie-France Lalonde had also been considering runs, but Des Rosiers announced recently that she will resign later this year to take a post at Massey College, and Lalonde intends to run federally in her riding of Orleans.

Interim Liberal leader John Fraser, who temporarily took over after Kathleen Wynne stepped down following the election, said a leadership race will help galvanize the party into action and get members involved.

"It's not good enough to just have a membership card," he said. "People want to feel like they're part of something. So a leadership race is a great way of doing that and I think that in itself will help to lift up the party."

But first the party needs to decide how it will pick the next leader. Of the 37 proposed amendments to the party constitution that will be debated and voted on this weekend, the most watched will be a call to do away with delegated conventions and move to a one-member, one-vote system.

Proponents of one-member, one-vote say it is more democratic, taking decisions out of back rooms and placing them in the hands of each member. But supporters of delegated conventions say they help prevent someone from winning by signing up a lot of "instant members" and provide for deliberations and sober second thought.

Constitutional amendments require two-thirds support to pass, and the results of that vote are expected by late Saturday morning.