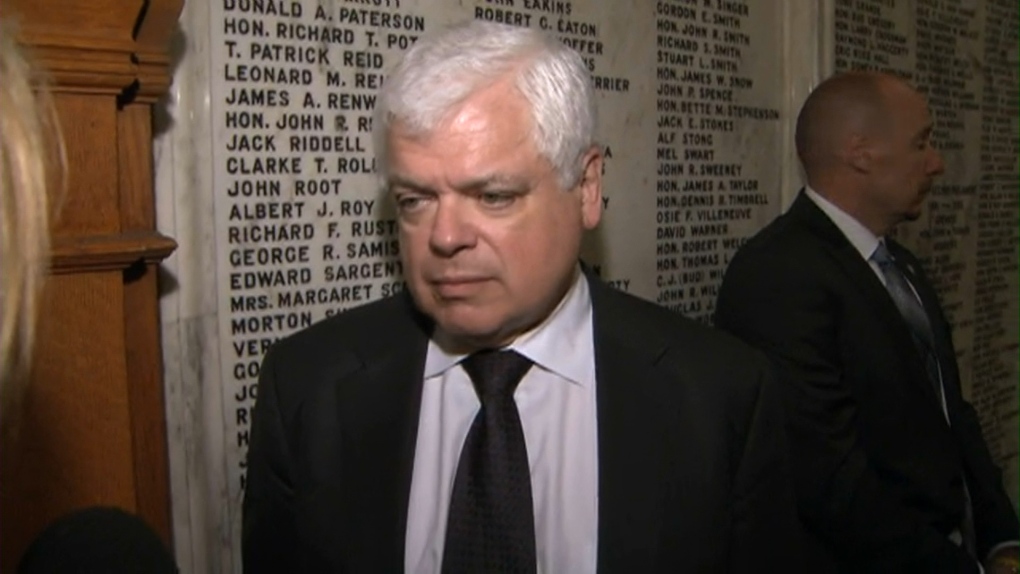 NDP MPP Peter Tabuns speaks to reporters at Queen's Park on Tuesday, May 7, 2013.

TORONTO - The New Democrats say a government document shows the Liberals plan to cut funding for education by half a billion dollars over three years, a move they warn will lead to school closings.

NDP education critic Peter Tabuns obtained a copy of the government's education funding guide, which calls for permanent savings of up to $500 million by 2017-18, when the province has promised to eliminate its $12.5-billion deficit.

However, Sandals admits there will be cuts to the education budget, in part because of declining enrolment.

She says there are over 600 schools in Ontario that are more than half empty, and some will close to help meet the Liberals balance the books on schedule.

The NDP say that flies in the face of Premier Kathleen Wynne's pledge in the legislature just four months ago not to cut education funding.