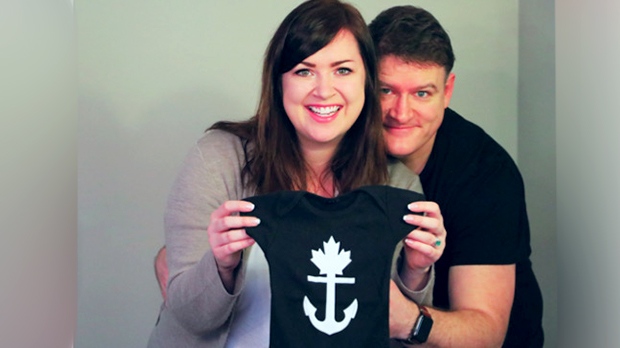 Local political couple Kate Graham and Jesse Helmer announced on Family Day that they are expecting their first child.

LONDON, ONT -- Kate Graham, who is running for Leader of the Ontario Liberal Party, has announced that she and her husband Jesse Helmer are expecting their first child.

“I will also admit that the past three months have come with some anxiety for me,” writes Graham.

She goes on to explain that some of her anxieties centred around whether or not people would vote for a pregnant woman.

Graham writes that some people asked if she was dropping out, or others advised that she keep it a secret until the end of the race.

“My husband is also in politics. He’s the Deputy Mayor of the City of London. No one asked him, ‘So you’re quitting City Council? Is staying in politics what is best for the baby?’” writes Graham.

London is now one of the fastest-growing cities in Canada.@jesse_helmer and I are doing our part. We’ll be welcoming a new #ldnont-er this August.

Jesse Helmer, who is London’s Deputy Mayor and councillor for ward 4 took to twitter to share his support and excitement.

“Now that we’re past the first trimester, I can finally share how in awe I am of Kate Graham,” said Helmer.

The couple’s child is expected to arrive in August.

The Ontario Liberal Party leadership convention will be held in Mississauga on the weekend of March 6 and 7.