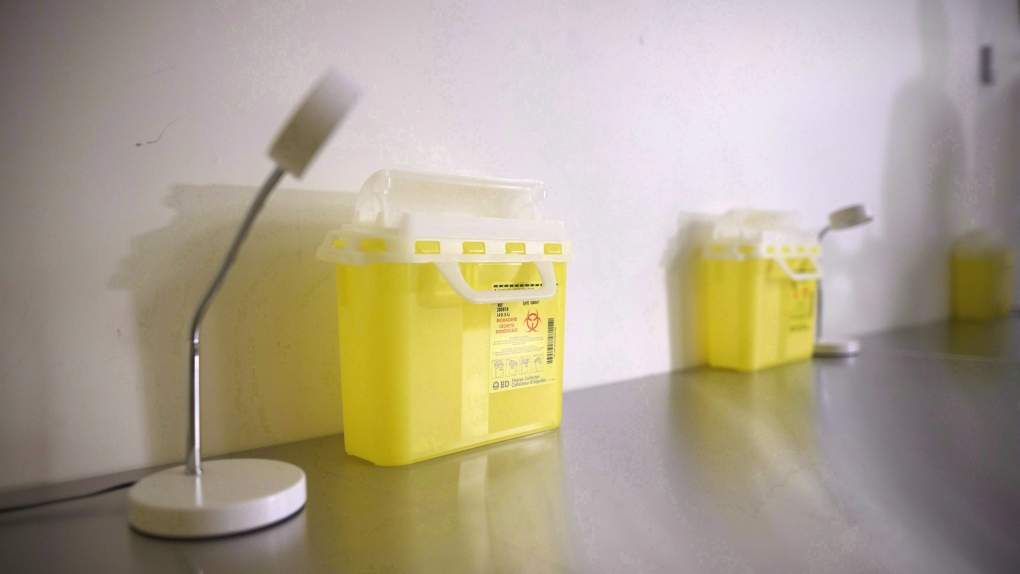 An temporary overdose prevention site in Toronto is seen on Monday, August 21, 2017. (THE CANADIAN PRESS/Cole Burston)

TORONTO -- Ontario is extending the licences of the province's overdose prevention sites to the end of March, after they had been set to expire this week.

Health Minister Christine Elliott announced in October that the government would spend just over $31 million a year to fund a maximum of 21 sites.

Existing sites could apply to continue to operate under a new model planned by the government, and their licences had been set to expire on Jan. 31.

A spokeswoman for Elliott says she has signed an extension to allow existing sites to continue operating until March 31 while the ministry reviews applications.

It's expected that approved sites will transition in the spring to the new model that includes a focus on treatment and rehabilitation.

Data from Public Health Ontario shows that 1,261 people died from an opioid overdose in Ontario in 2017, an increase from 2016, when 867 people died.

Overdose-prevention sites are temporary facilities approved by the province following a federal decision to grant an exemption under the Controlled Drugs and Substances Act. Safe-injection sites, meanwhile, are more permanent locations approved by the federal government after a more extensive application process.

During last year's election campaign, Premier Doug Ford said he was opposed to safe-injection and overdose-prevention sites, but Elliott said the evidence demonstrated the sites are necessary, reducing drug-related deaths and lowering the rate of public drug use.

After she presented the findings of her review to the premier they agreed that the services were important.