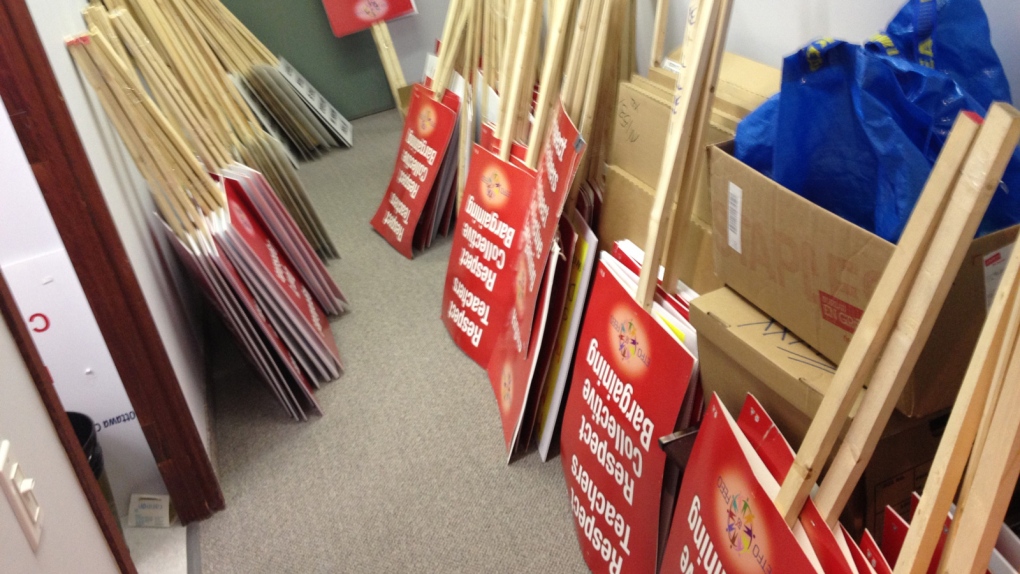 The Elementary Teachers' Federation of Ontario has now planned one-day strikes at various school boards across the province on every school day of the coming week.

The first strikes are scheduled to take place at the Toronto, York Region and Ottawa-Carleton school boards on Monday.

ETFO President Sam Hammond said the union is trying to put pressure on Ontario's education minister to come back to the bargaining table.

The union has said that classroom sizes, the Kindergarten program and support for students with special needs are among the most important issues.

This report by The Canadian Press was first published Jan. 18, 2020.