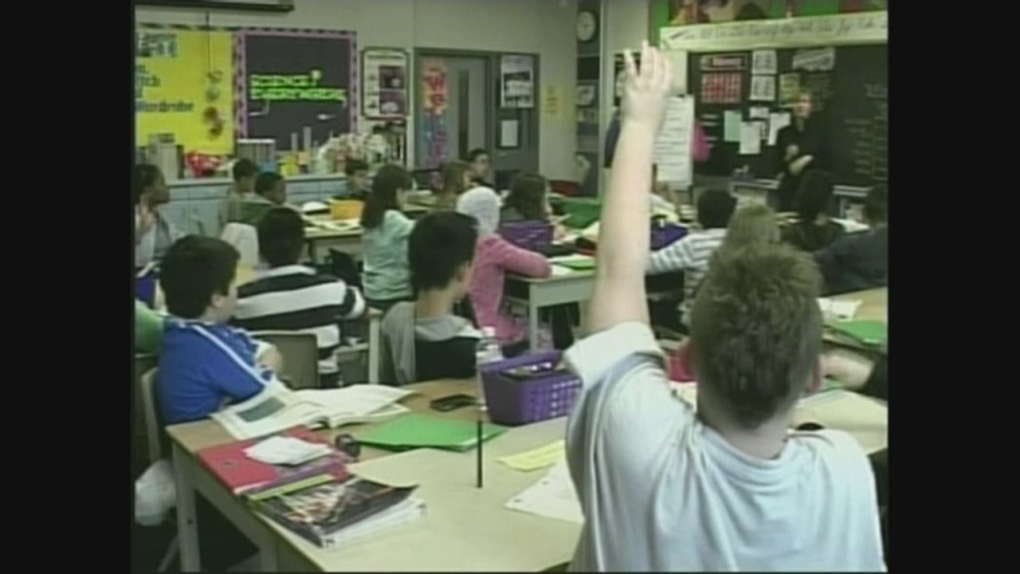 The Education Quality and Accountability Office released results on Wednesday that suggest almost one in five Grade 6 students do not meet the provincial math standard, even after meeting the standard in Grade 3.

Minister Liz Sandals said many elementary teachers come from an arts background and aren't as comfortable teaching math compared to reading or writing.

"They don't necessarily have an extensive background themselves in math and science," she said. "The professional development of teachers actually matters here."

The EQAO tracks student achievement in math and literacy, with early achievement often touted as a predictor for performance later on.

Provincial test results have shown that lagging math skills in elementary schools is an ongoing trend that has lasted over the past five years.

"We see that students are making great strides in reading and writing," Sandals said.

Reading standards also improved with 68 per cent of students in Grade 3 and 77 per cent of those in Grade 6 reaching provincial standards.

"These large-scale test results are a good indicator of overall achievement in a system," said Don Klinger, a professor at Queen's University, who specializes in tests and evaluation in the education system.

The goal is for 75 per cent of students to reach provincial standards, Klinger said.

When recruiting people to become elementary school teachers, a well-rounded education is favoured, he said, adding that this means more teachers will have an arts background than a math or science degree.

"As a teacher you might feel more comfortable spending more time in the literacy areas than the math areas," he said.

Klinger said in math, elementary schools focus on teaching number sense and foundations for deep concepts such as algebra and geometry.

"Given the way that information flows in society today ... there is a huge amount of information that is getting passed on in more visual, data-driven methods," he said. "Language itself isn't enough for that."

He said misinterpretation of data is a troubling issue, and youth today need to understand the information they are "inundated with."

Klinger added that students in high school applied math programs aren't meeting expectations, so improving math skills is a concern across all grades.

According to the provincial test results, 84 per cent of students enrolled in Grade 9 math met Ontario standards. This is out of the 71 per cent of Grade 9 students who enrolled in an academic math course.

However, of the 29 per cent of students enrolled in an applied math course, less than half of them met provincial standards.

John Barnett of the Faculty of Education at Western University said he doesn't support many standardized tests because they fail to address differences between individual schools.

"The results have to be looked at very very carefully," he said, adding that decisions made based on these test results won't necessarily address core problems.

He said provincial tests cause teachers in Grades 3 and 6 to "often feel under the gun" to perform.

Professional development throughout a teacher's career is essential, but the way teachers learn could be improved, Barnett said.

"Many times the vision of professional development is one day."

He suggested that a few days focusing on the same issue, spread out over a year, would allow teachers to test out ideas.

"Learning is much more complex than a single test can ever show," he said.