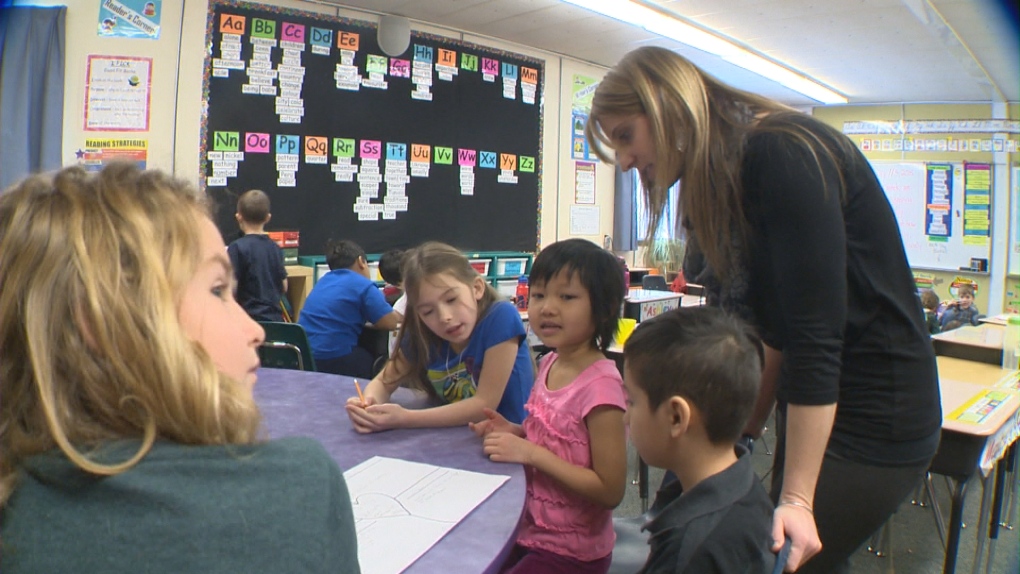 TORONTO -- An Ontario judge has found that the provincial government "substantially interfered" with teachers' right to collective bargaining.

The governing Liberals imposed contracts on teachers in 2012 that froze some of their wages and limited their ability to strike. Several unions took the government to court, arguing that Bill 115 violated their constitutional rights.

Sam Hammond, the president of the Elementary Teachers' Federation of Ontario, says the decision "is a total vindication" of the union's "pursuit of democratic rights."

Paul Elliott, president of the Ontario Secondary School Teachers' Federation, says he is pleased the court "re-confirmed the importance of free, fair and meaningful collective bargaining."

A spokesperson for Education Minister Liz Sandals says in a statement that minister is reviewing the decision.

The judge has left it up to the unions and the government to discuss what the remedy should be.

"I find that considering the overall process undertaken, the actions of Ontario substantially interfered with meaningful collective bargaining," he wrote.

"It is telling that although all sectors were experiencing the same fiscal concerns, Ontario allowed for free negotiations and did not interfere with collective bargaining in any other sector."