AYLMER, ONT. -- With more than 150 people on a waiting list for affordable housing in Aylmer, Ont. the province has stepped up to help cut into that number.

It will be a twin building to the adjacent 23-unit building at 69 Brown St. and come in at a total cost of $3.5 million.

"The government will fund 12 of the units," says Yurek, who has been working to secure the funding for this project for nearly a decade.

"It will be safe, affordable homes which will be priced at 20 per cent below market rent, which will help lower income seniors and people with disabilities." 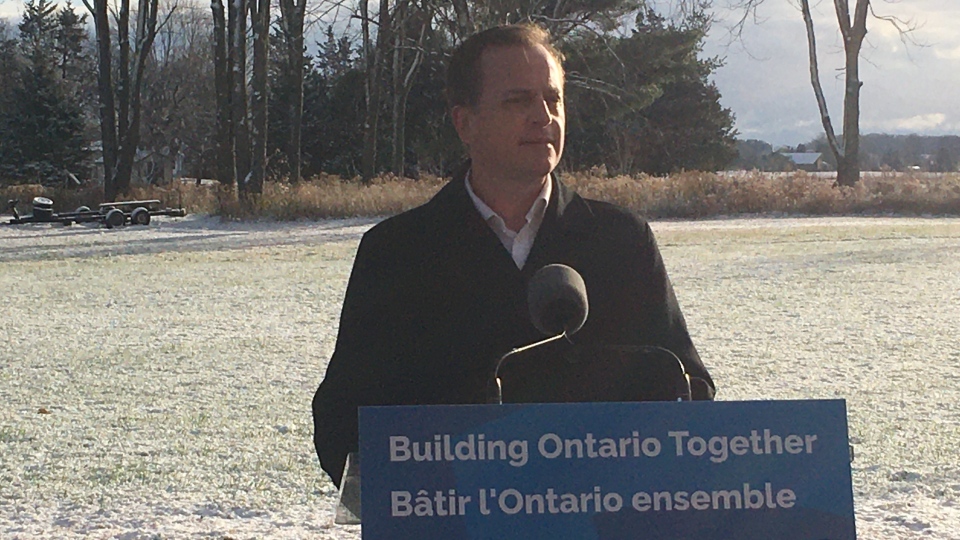 The building will be constructed by Walter Ostojic and Sons builders who will contribute the rest of the equity.

"There is a huge amount of need for housing in the town of Aylmer," says builder Peter Ostojic. "We receive a number of phone calls each week. We've been committed to this project for 12 years."

Anneke Grootzevert is a senior who recently moved into an apartment in the 69 Brown St. building.

"Affordable housing for seniors is very important," says Grootzevert, who is now saving $400 a month on rent.

"Just think of going to grocery store and how much more you pay now. People have to afford to make a living."

Grootzevert adds that she loves the accessibility in the building and plans on passing on her experience to others.

"When you get older, you need something like this,' she added.

Yurek says homelessness and lack of affordable housing is an issue across the province.

"It's not just an urban issue, it affects rural Ontario equally," says Yurek. "Supply is in short order, and we've made it a point in our government to invest and build affordable housing stock. St. Thomas, Elgin County and London-Middlesex will not be left out and this is one of the investments we are making as a government."