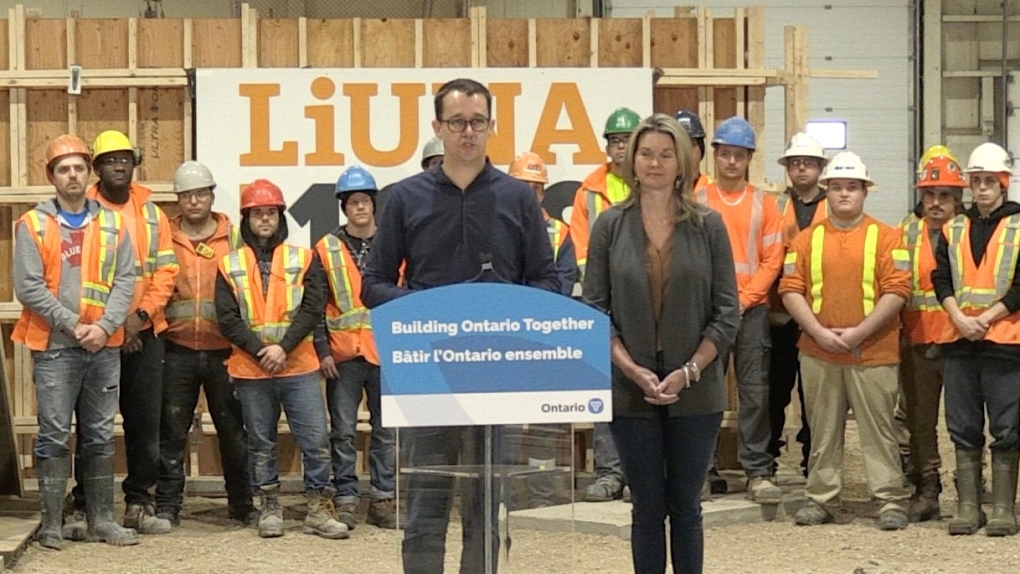 LONDON, ONT. -- The provincial government has announced support for four pre-apprenticeship projects that will help 100 people get jobs - and aims to reduce the shortage of skilled trade workers in the city.

Minister of Labour, Training and Skills Development Monte McNaughton said in a statement, "In London and throughout the province, there are thousands of jobs that go unfilled...Those are paycheques waiting to be collected. But the workers aren't there. My mission is to bridge that skills gap."

The free training programs last up to a year and will support those entering trades including baker, construction worker, brick and stone mason and educational assistant.

"Ontario is facing a looming problem," McNaughton added. "Our skilled tradespeople are retiring faster than we can replace them. We need to let young people and their parents know that careers in the trades are a viable first choice."

Among the London projects to pick up funding from the province are:

Details about apprenticeship training programs can be found through Employment Ontario.