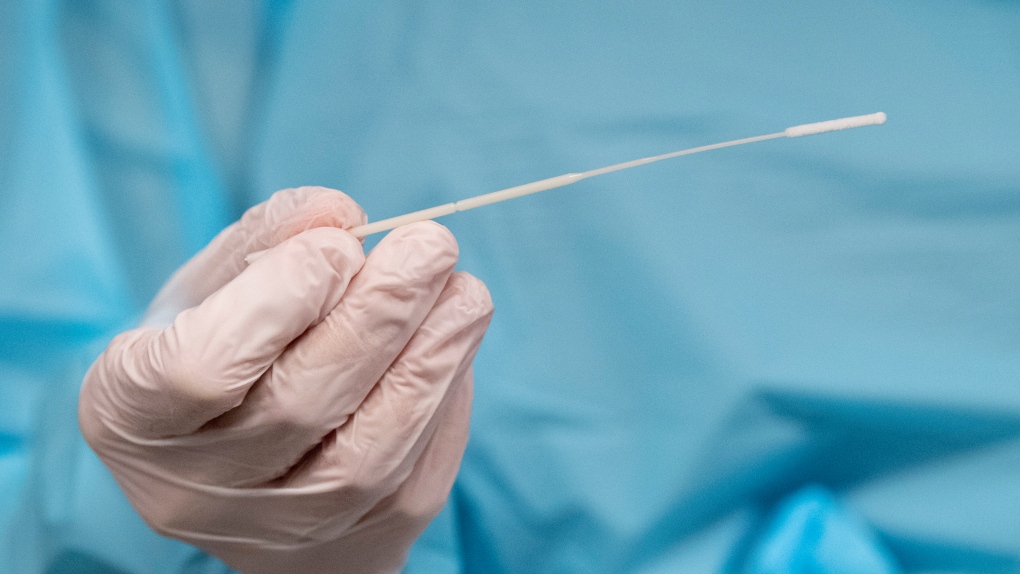 A nurse holds a swab before testing a patient during a demonstrates of the drive-thru Covid-19 testing centre at the National Arts Centre Wednesday, Nov. 18, 2020 in Ottawa. The testing centre replaces an outdoor facility in the city in preparation for winter. (Adrian Wyld/THE CANADIAN PRESS)

LONDON, ONT. -- Schools boards across Ontario including the two biggest in the London are being asked to conduct asymptomatic testing in five per cent of schools weekly.

The direction was handed down by Education Minister Stephen Lecce in a memo Tuesday.

Boards with 10 or fewer schools will not be required to take part in the program.

School boards will be required to test students and staff in at least five per cent of schools under their jurisdiction every week.

The Thames Valley District School Board (TVDSB) operates 161 schools in London and surrounding counties, meaning about eight schools would need to be tested every week.

For the London District Catholic School Board (LDCSB) the number of schools requiring testing is around three.

Lecce said board are encouraged to prioritize schools in areas with high rates of COVID-19, or schools where testing may be challenging.

According to CP24, the province has set aside 50,000 tests a week for testing staff and students and boards will be required to submit weekly reports.

The ministry is hoping that at least two per cent of student populations are reached each week.

The new program is expected to be in place locally by Feb. 22.