Only game in town? IBL could provide only in-person action for baseball fans this summer

LONDON, ONT. -- If given the green light to play, the Intercounty Baseball League (IBL) believes it could capitalize on a lack of local entertainment this summer.

"I'm hopeful there will be a real appetite for us this year," says John Kastner, IBL commissioner.

The league did not play in 2020, but hopes to bounce back this summer. With uncertainty and trepidation surrounding out of country travel, the IBL may be the only game in town.

"How long before someone from southern Ontario can go to a game in Detroit, Yankee Stadium or Buffalo?" asks Kastner.

"How long before you can go to a Jays game in Toronto? Hopefully that's soon but in the event that it's a little further out, we are going to be a preferred position for someone who wants to go see a good ball game."

The London Majors have started indoor workouts, and are preparing as if there is going to be a summer season.

"When MLB Spring Training starts in Florida, we get excited about baseball," says Roop Chanderdat, London Majors' manager and co-owner.

"We have a schedule out now, and that brings excitement. Our players are preparing for a season." 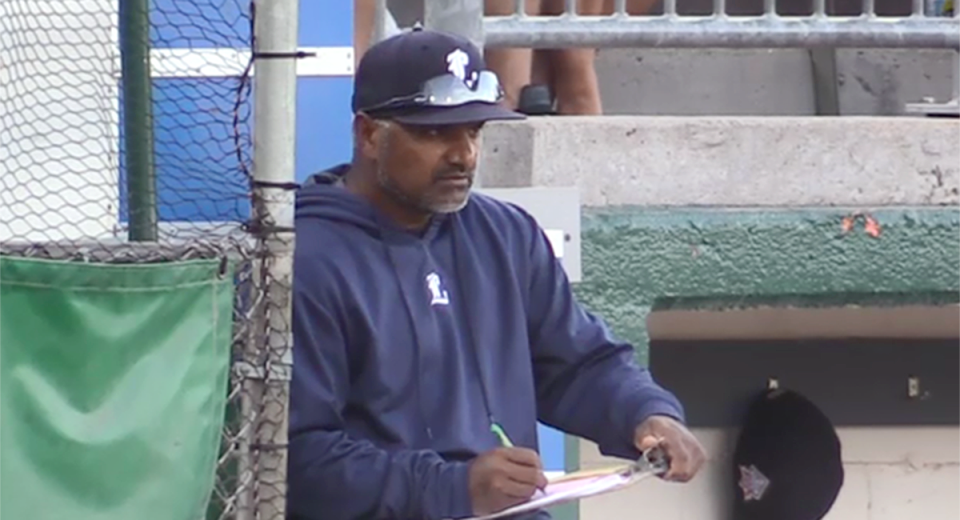 Manager Roop Chanderdat looks over his lineup card in 2019.

All eight teams are board for the year, and the league has a released schedule with a start date of June 4. They have backup schedules with dates of June 15, July 1, and July 15.

The more than 100-year-old league survived a dormant summer, but are worried it might not last through a second.

"We need fans because the main source of revenue is fans, and sponsorship," says Kastner.

"Historically we go to 'Shorty's Bar and Grill,' for example, but now they aren't open, or they are trying to make payroll and stay open. There is a secondary effect that goes beyond the fan base."

Chanderdat feels for branding and league recognition purposes they need to play. He has had the hypothetical conversation with co-owner Scott Dart about worst-case scenarios.

"We will take a hit to make a season go," says Chanderdat. "Even if it is less capacity or less sponsorship. We may have to kind of start all over again and build our way up because of restrictions. We want a season and we are willing to work with partners to make that happen."

The City of London is also prepared to work with the Majors.

Parks and Recreation Managing Director Scott Stafford says they would do similar work to Labatt Park as they have with local arenas. They would be blocking off areas, and putting up signage depending on the rules surrounding capacity.

"Look around Labatt Park, there is a lot of room to social distance and spread everyone out," says Chanderdat while standing behind home plate of the facility which holds 5,500 people.

"If you got 30 per cent or 40 per cent we can space people out. We have to follow any safety guidelines in place and we'll work with the city on that".

Kastner thinks the majority of IBL ballparks are set up to easily keep fans separated.

"There is room for creativity,” says Kastner.

"Barrie has a grandstand that goes from first to third base. There is nothing to stop them from moving one of them out behind the outfield fence. Christie Pits in Toronto is seven acres, you can space out a lot. London can put 1,300 to 1,400 people in there and spaced out. We can make many scenarios work."

Chanderdat says if another summer of baseball is wiped out by COVID-19, they will host another 'Legacy Game' like they did in August of 2020.

"Hopefully we get approval from government because we need to keep this league going," says Chanderdat. "If not we'll play a game here to keep the history of Labatt Park."