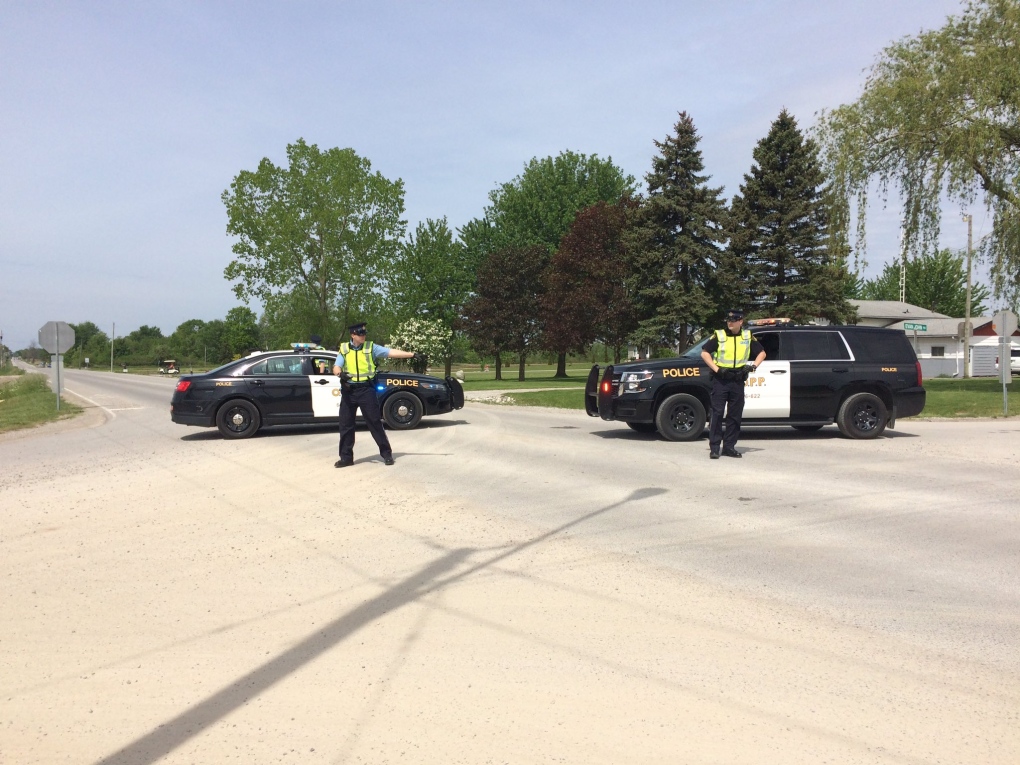 OPP block off Littlewood Road in Southwold Twp on May 28, 2017 for a stabbing investigation. (Brent Lale/CTV)

Provincial police have charged an 18-year-old man with attempted murder, along with two other charges, following a violent altercation on Sunday.

A 30-year-old man was found at the scene suffering from life-threatening injuries and was air-lifted to hospital. Police say the victim is now in good condition.

A second male was taken to hospital with serious injuries, and has since been cleared from hospital and taken into custody.

Jordan Hilliker, 18, of Chippewas of the Thames First Nation has been charged with, attempted murder, possession of a weapon for a dangerous purpose, and fail to comply with recognizance.