One suspect in custody, another on the loose following crash in south London 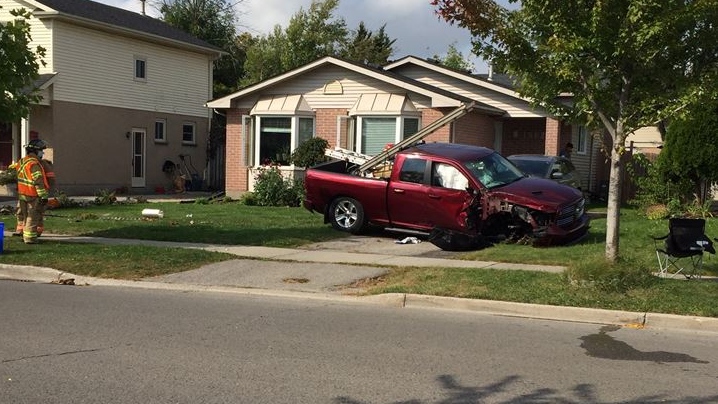 LONDON, ONT. -- A late-morning collision went from concerning to confusing for some south London residents.

A Dodge Ram pick-up truck lost control and slammed into a tree just before 11 a.m.

The crash happened on Jalna Boulevard near Fairchild Crescent.

The impact was so violent that it dislodged the front, passenger-side tire.

Neighbours came out to check on the two men inside the vehicle, who were clearly shaken up.

One woman, a London nurse, offered the men lawn chairs to sit in until emergency repsonders arrived.

But then, suddenly, the men took off on foot, being chased by others who live in the area.

One suspect was arrested and is in custody, the other is being sought by police.